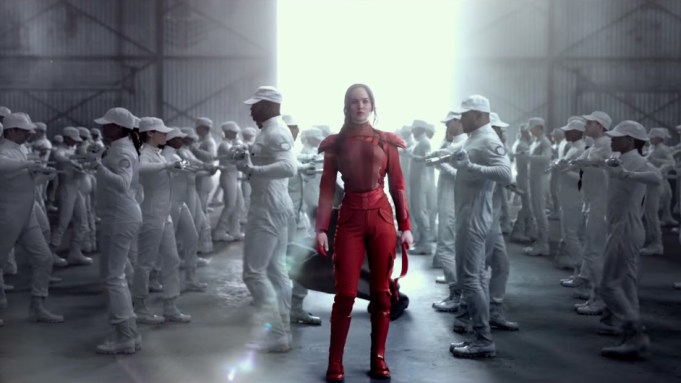 Lionsgate has released a new teaser trailer for “The Hunger Games: Mockingjay – Part 2” in conjunction with its presentation by Jennifer Lawrence and the rest of the cast at Hall H at Comic-Con in San Diego.

During the panel, the latest trailer for the final “Hunger Games” film premiered exclusively for Comic-Con and has not yet been posted online. However, the studio’s one-minute teaser has been posted on the film’s official Twitter page.

Freedom is worth fighting for. #Unitehttps://t.co/UJKFssCQvb

The clip consists mostly of the white-clad District 13 army performing military drills before Lawrence’s Katniss Everdeen character appears in an all-red suit and goes to the front of the formation as the words “Freedom is worth fighting for. Stand with us” appear on the screen.