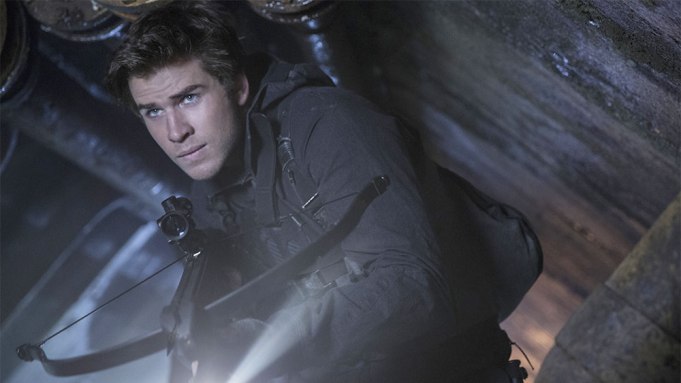 “We all have one enemy,” she exhorts her cohorts from District 13 as the Panem rebels prep for an assault of the Capitol.