Watch: Rebel Wilson Helps Dakota Johnson Take on Dating in ‘How to Be Single’ Trailer 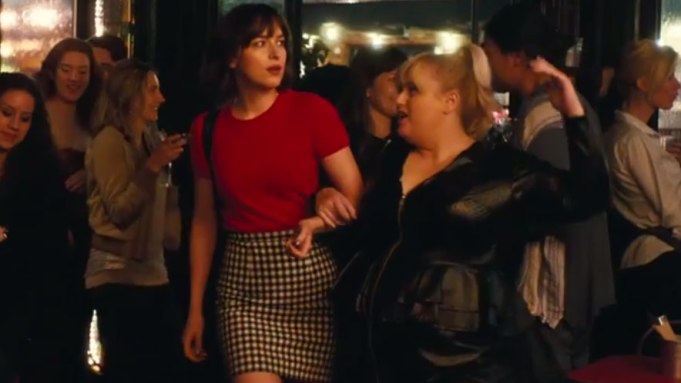 Dakota Johnson’s looking for love — and has enlisted a worthy partner in Rebel Wilson to help her take on the dating world.

Warner Bros. released the first trailer for romantic comedy “How to Be Single” on Wednesday, starring Johnson and Wilson, three months ahead of its opening.

The “Fifty Shades of Grey” star again portrays an initially naive young woman seeking romance. In this case, she’s looking for love in New York City with the help of Wilson’s character, her far more experienced and foul-mouthed friend.

The trailer begins with Wilson giving Johnson a tutorial on how to get free drinks at a bar.

“How to Be Single” opens on Valentine’s Day weekend on Feb. 12, about a year after “Fifty Shades” dominated the box office. Leslie Mann, Jake Lacy, Damon Wayans Jr. and Anders Holm also star.

“How to Be Single” had been in development since 2008, when New Line acquired movie rights to the Liz Tuccillo novel. Christian Ditter directed.