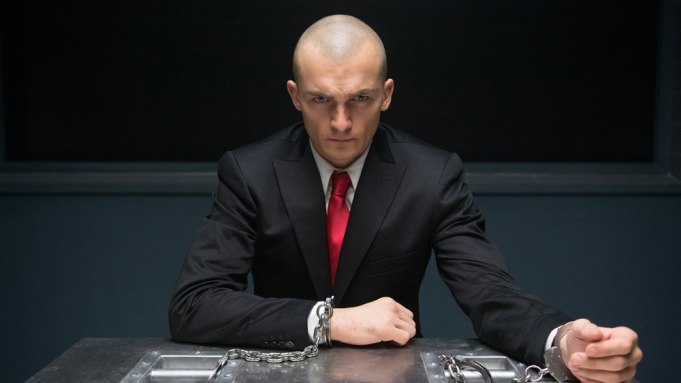 Rupert Friend’s Agent 47 is a riddle to everyone around him.

High-speed car chases, gunplay and helicopters dominate the trailer, which reveals that the killer agent is protecting a woman named Katia (Hannah Ware) from a corporation that wants to use her DNA to create more assassins.

The movie hits theaters on August 21.