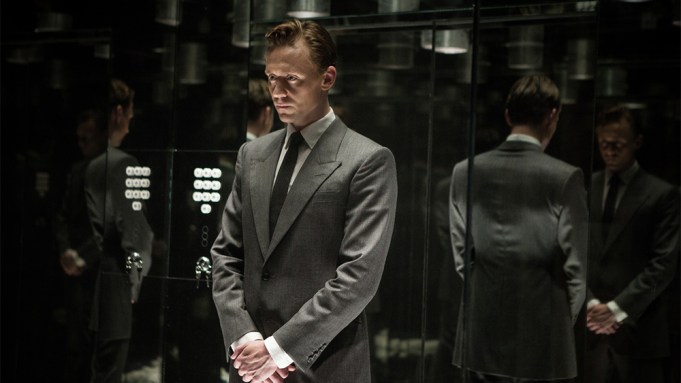 “Ever wanted something more? Ever thought there could be a better way to live, free from the shackles of the old, tired world?”

If so, Tom Hiddleston has just what you’re looking for: the high-rise — equipped with 40 floors of luxury apartments. The actor’s character, Dr. Robert Laing, offers a tour of the development in the first trailer for the upcoming film “High-Rise.”

The teaser acts as an advertisement for the fictional Royal Architects’ building in London. The closed-off community includes an onsite supermarket, school and doctors’ offices. But there’s trouble brewing at the center of the seemingly perfect complex. The film documents the outbreak of class warfare and the abandonment of all social order following a series of power outages at the building.

The thriller, which debuted at the Toronto International Film Festival, is directed by Ben Wheatley and based on J.G. Ballard’s 1975 novel. “High-Rise” also stars Sienna Miller, Jeremy Irons, Luke Evans and Elisabeth Moss.

Magnolia Picture recently acquired U.S. rights to the film, which will open in theaters in 2016.