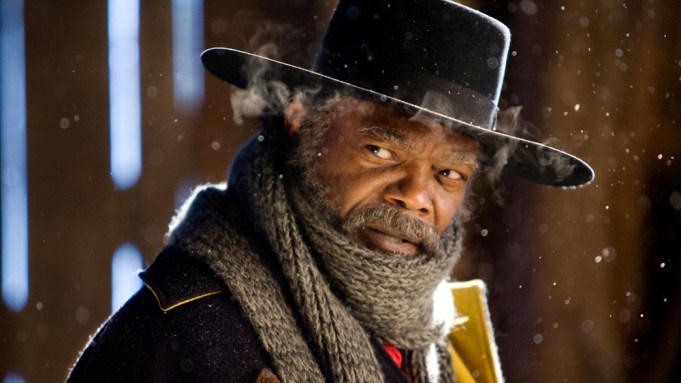 A second trailer for Quentin Tarantino’s “The Hateful Eight” has been released in the midst of the director’s police boycott controversy.

Tarantino has ignited a national conversation with his recent comment about police violence. Tarantino spoke to the Los Angeles Times about the situation earlier this week.

“Instead of dealing with the incidents of police brutality that those people were bringing up, instead of examining the problem of police brutality in this country, better they single me out,” he said. “And their message is very clear. It’s to shut me down. It’s to discredit me. It is to intimidate me. It is to shut my mouth, and even more important than that, it is to send a message out to any other prominent person that might feel the need to join that side of the argument.”

“The Hateful Eight” bows in select theaters on Christmas Day and nationwide on Jan. 8, 2016.