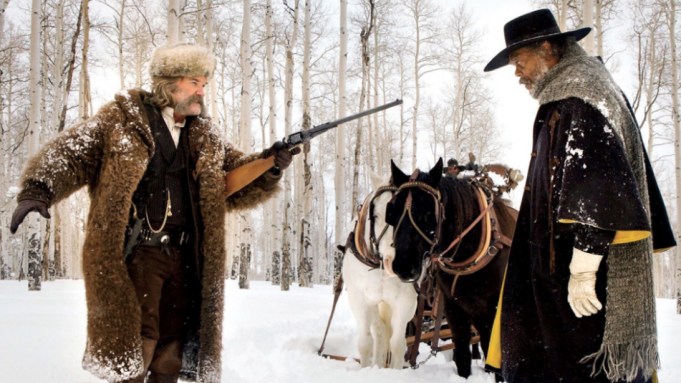 The first trailer for Quentin Tarantino’s “The Hateful Eight” has been released online.

Set “six or eight or twelve years” after the Civil War, “Hateful Eight” follows bounty hunter John Ruth (Kurt Russell) and his fugitive Daisy Domergue (Jennifer Jason Leigh), who’s being taken to town to be hanged. The teaser shows them hurtling through the Wyoming winterscape in a stagecoach as they encounter two strangers: Major Marquis Warren (Samuel L. Jackson), a union soldier-turned-bounty hunter, and Chris Mannix (Walton Goggins), a Southern renegade who insists he’s the new sheriff in town.

A blizzard soon overtakes their stagecoach on a mountainside stopover, where they meet a handful of dangerous characters who share a deadly connection.