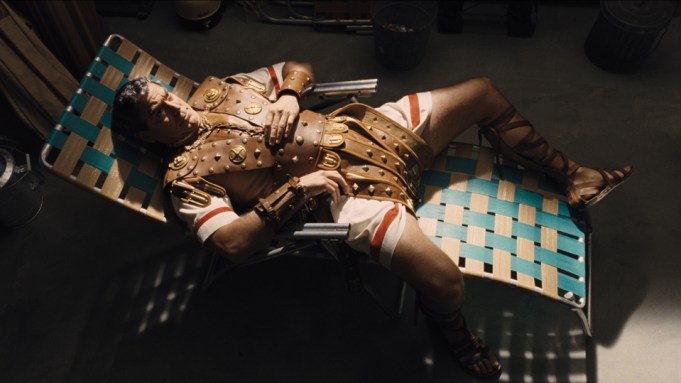 George Clooney is the biggest (bumbling) star in the world in the first trailer for “Hail, Caesar!”

Clooney reunites with writer-directors Joel and Ethan Coen for the 1950s-set comedy about Hollywood’s Golden Age.

The pic follows Brolin, a studio fixer who has to find a way to rescue his kidnapped star (Clooney) in the middle of production on the biggest release of the year.

The comedy is produced by the Coen brothers under their Mike Zoss Productions banner alongside Working Title Films’ Eric Fellner and Tim Bevan.

The film from Universal Pictures hits theaters on Feb. 5.