‘Furious 7’ Premieres at SXSW to Cheers for Paul Walker 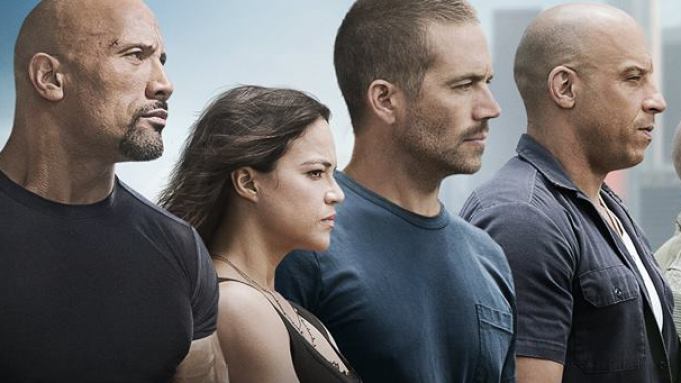 “Furious 7” premiered at a secret midnight screening at SXSW on Sunday night to a packed crowd that broke into spontaneous applause throughout the movie.

Fans had started lining up outside fours hours before “Furious 7” was scheduled to start, but that didn’t mute their enthusiasm. The audience response was unanimously positive. The loudest cheers were during a climatic action sequence set in Abu Dhabi, and the first time Paul Walker appears on screen about five minute into the film, driving a van to pick up his son from school.

“I know Paul Walker would be smiling down on us,” said the film’s producer Neal Moritz as he introduced the film. “We lost a dear friend, brother and comrade when we were making this movie. When we decided to continue this movie, we were determined to honor his legacy.”

Walker, who plays Brian O’Conner in the “Fast and Furious” series, died in the middle of the shoot in November 2013 in a car crash, forcing Universal Pictures to shut down production as it figured out how to finish the movie without one of its stars. But his passing has also increased interest in the seventh film in Universal’s most successful franchise to date.

“I finished the movie last week,” Wan said. “It’s hot off the presses.”

Gibson thanked the audience for their continued devotion to the franchise. “We don’t look at y’all as fans of the movie,” Gibson said. “Most of you grew up with us. The reason we kept the movie going is on behalf of our brother Paul Walker.”

The film closes with a touching tribute to Walker, which left many in the theater holding back tears. “I would have cried if I didn’t have my friends around,” said A.J. Johnson, 23, a collection agent from San Antonio. He gave the film a glowing review. “It was awesome. They were driving cars off things without a care. I’ve never seen anything like it.”

Stan Ross, 28, who works for a liquor company in Austin, said it was the best film in the franchise. “It was dope, man,” he said. “It is my favorite on so far. I’m glad they dedicated it to him [Walker] at the end.”

“Furious 7” was a last-minute addition to this year’s SXSW lineup. Moritz said that over the weekend, he recalled how warmly SXSW fans responded to another movie he had produced — “21 Jump Street” — and so he asked Universal if “Furious 7” could also open there. “Are you kidding?” execs told him. “These things are planned months in advance.” A day later, he got a text from the studio saying: “It’s happening.”

The arrival of “Furious 7” momentarily gave Austin the kind of star power normally reserved for the Oscars (or at least the MTV Movie Awards). Before “Furious 7,” the Paramount Theater screened the new Judd Apatow comedy “Trainwreck,” starring Amy Schumer, followed by the Paul Feig comedy “Spy,” starring Melissa McCarthy. Audiences who managed to see all three films were treated to a double feature with Jason Stratham, who appears in both “Spy” (as the good guy) and “Furious 7” (as the bad guy).

After “Furious 7” was over, around 2:30 a.m., director Wan took to Twitter to say: “What an incredible and emotional experience. Paul would be proud.”