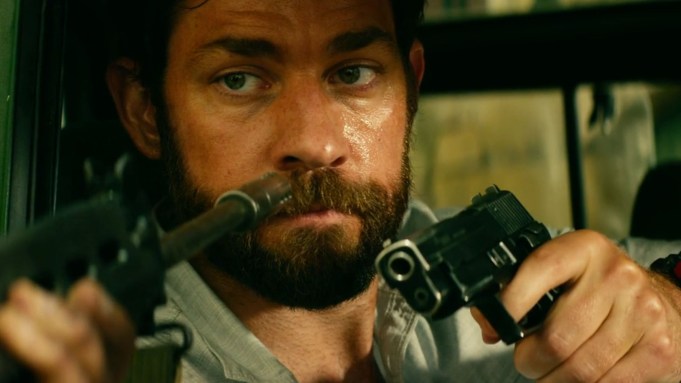 Paramount has released the first trailer for Michael Bay’s “13 Hours: The Secret Soldiers of Benghazi,” six months before its Jan. 15 opening.

The first half of the trailer conveys a strong sense of menace while the second offers a montage of desperate action sequences.

The film is based on the Mitchell Zuckoff’s book “Thirteen Hours: A Firsthand Account of What Really Happened in Benghazi.” It centers on the six members of a security team who fought to defend the American diplomatic compound in Benghazi from an attack of Islamist militants on Sept. 11, 2012 — the 11th anniversary of the 9/11 attacks.

“When everything went wrong, six men had the courage to do what was right,” the trailer notes.