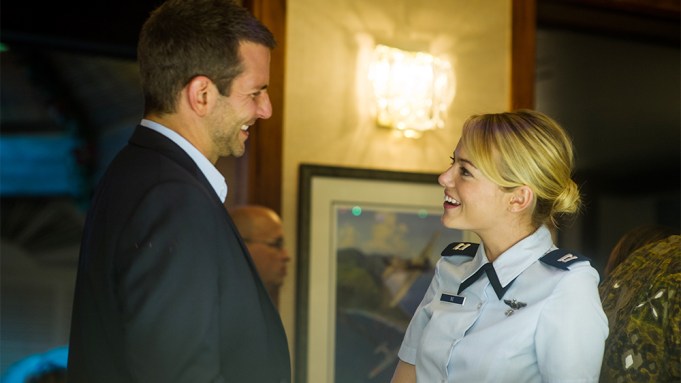 Say hello to the first eight minutes of “Aloha.”

Sony has released a sneak peek of writer-director Cameron Crowe’s upcoming rom-com, starring Bradley Cooper, Emma Stone and Rachel McAdams. The opening scene introduces viewers to the the three main characters, who are about to be tangled in a messy love triangle.

Cooper plays a disgraced ex-pilot torn better his long-lost love (McAdams), who’s now married with two kids, and the Air Force watchdog (Stone) assigned to him upon his return to the U.S. Space program in Honolulu.

The film is already being bashed by critics, earning it a putrid 8% on Rotten Tomatoes (based on 50 reviews). “Unbalanced, unwieldy, and at times nearly unintelligible, ‘Aloha’ is unquestionably Cameron Crowe’s worst film,” Variety‘s Andrew Barker wrote in his review.

Ben Stiller and Reese Witherspoon were initially supposed to star in the project during its nascent stages. “Aloha” is Crowe’s first movie since 2011’s “We Bought a Zoo.”