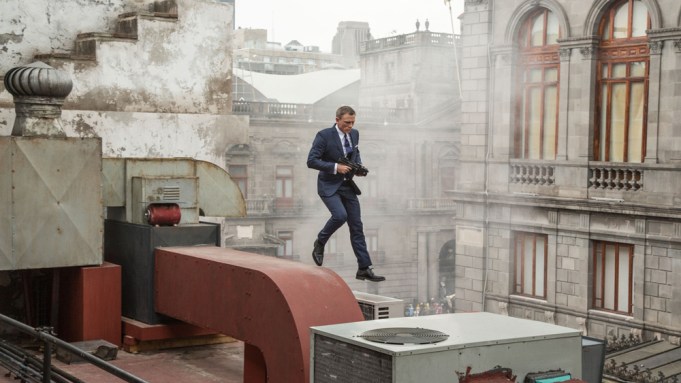 James Bond’s life is in ruins in the final “Spectre” trailer.

The 75-second video — combining plenty of action with the usual snappy dialogue — was unveiled on Friday. The action includes boat chases, explosions, upside-down helicopter rides and Daniel Craig trying to outrun the front of a building that’s collapsing on him.

“I came here to kill you,” Bond tells new villain Oberhauser, played by Christoph Waltz, in the trailer.

“I thought you came here to die,” Oberhauser counters.

“Well, it’s all a matter of perspective,” Bond counters.

In the film, directed by Sam Mendes, a cryptic message from the past sends Bond on a rogue mission to Mexico City and eventually Rome, where he meets Lucia Sciarra (Monica Bellucci), the widow of an infamous criminal. Bond infiltrates a secret meeting and uncovers the existence of the sinister SPECTRE.

EON Productions, MGM and Sony Pictures will release the 24th film in the Bond franchise on Nov. 6.