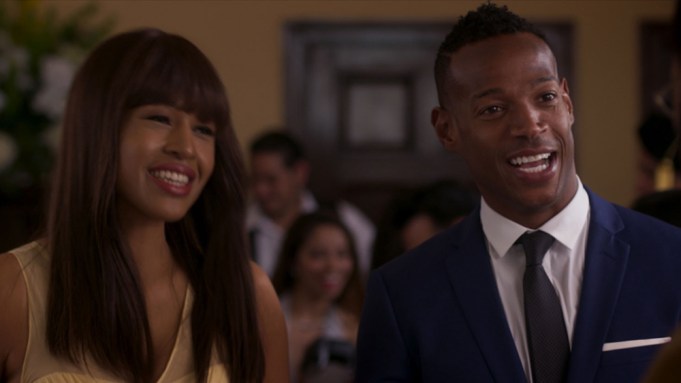 “Fifty Shades of Black” is not only “way shadier than gray,” as the tagline suggests, but the new red band trailer for the “Fifty Shades of Grey” parody is way raunchier as well.

“Just don’t pass her around like we did her momma,” Hawk’s character’s father tells Black in one scene.

The movie hits theaters on Jan. 29.