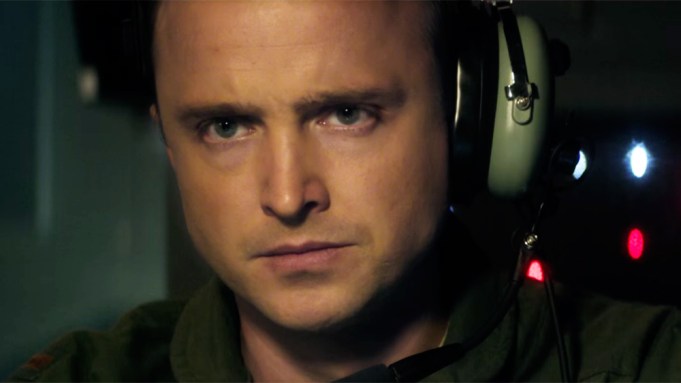 Helen Mirren is a stern military colonel in the first trailer for “Eye in the Sky,” also starring Aaron Paul as a drone operator,” which Bleecker Street released Thursday.

The movie involves the morality of drone warfare — in this case, capturing a radicalized Brit woman meeting with potential terrorists in Kenya while a little girl plays nearby.

“We need to put a hellfire through that roof right now,” Mirren’s character barks at one point.

Alan Rickman and Barkhad Abdi co-star in “Eye in the Sky,” directed by Gavin Hood and written by Guy Hibbert.

Bleecker Street opens the film in the U.S on March 11.