Continue to Variety SKIP AD
You will be redirected back to your article in seconds
Dec 22, 2015 10:58am PT 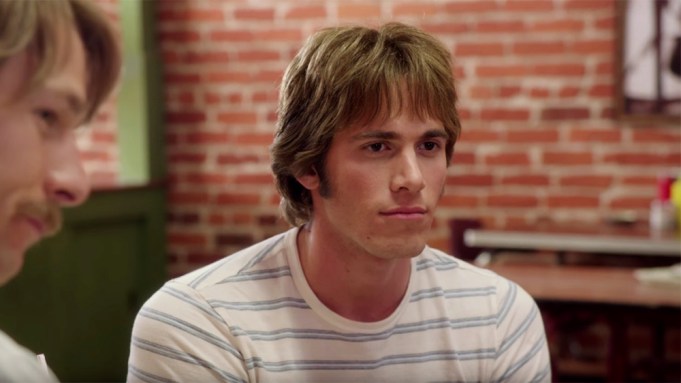 Get ready to head back to the ’80s with the first trailer for “Everybody Wants Some.”

Paramount released the clip for the upcoming Richard Linklater dramedy on Tuesday, four months before its April 15 opening. The trailer opens to notes of The Knack’s 1979 hit “My Sharona” and boldly asserts, “Writer/director Richard Linklater brought you the ’70s with ‘Dazed and Confused.’ Now he brings you the ’80s.”

Like “Dazed,” which was set at a Texas high school in the 1970s, the trailer contains plenty of plenty of drinking, pot smoking and the complications of romance.

“Everybody Wants Some” follows a group of college baseball players in the early ’80s in Texas as they navigate their way through the freedoms and responsibilities of unsupervised adulthood. A coach warns the players at their frat house that there are two rules — no drinking and no women upstairs, followed by booze being poured via a spout into a player’s mouth and a player and young woman sliding together down the staircase.

The title is taken from a popular 1980 song of the same name by Van Halen. Linklater filmed “Everybody Wants Some” in late 2014 while his film “Boyhood” was gathering momentum as an awards season contender.

The film will premiere on March 11 as the opening night film at SXSW.