Watch: The Boys Grow Up in Latest ‘Entourage’ Trailer 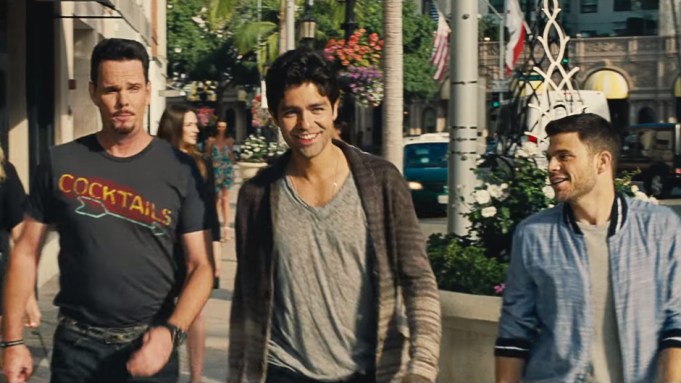 The boys are back and, by the looks of it, better than ever in the latest trailer for Warner Bros. and HBO Entertainment’s “Entourage.”

Kevin Connolly, Jerry Ferrara, Kevin Dillon, Adrian Grenier and Jeremy Piven return in the comedy that continues the characters’ journey from the popular HBO TV series, from Connolly’s Eric having a baby to Grenier’s Vince wanting to direct a $100 million tentpole.

Billy Bob Thornton and Ronda Rousey have supporting roles in the film. There are also cameos from Tom Brady, T.I., Jessica Alba, Russell Wilson, Nina Agdal, Rob Gronkowski, Liam Neeson, David Spade and Mark Wahlberg, who is one of the co-creators of the show and a producer on the film.

Doug Ellin, the show’s co-creator, directed the pic. The film bows on June 5.