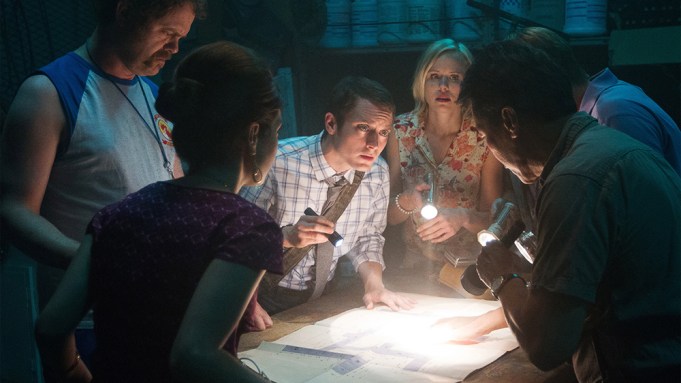 The film “Cooties” brings a new meaning to the popular playground term. Teachers are at war with their pupils-turned-zombies in a suburban elementary school in the zom-com’s first trailer.

Substitute teacher Elijah Wood and P.E. instructor Rainn Wilson go toe-to-toe with the little monsters after the cafeteria’s chicken nuggets cause the fourth graders to grow an appetite for human flesh.

“You can’t eat the teachers, man!” Wilson pleads after punching an undead child and ducking for cover.

The movie is written by Ian Brennan (“Glee”) and Leigh Whannell (“Saw”). Variety critic Peter Debruge wrote in his review that the co-writers’ “disparate sensibilities actually prove remarkably compatible when it comes to cross-breeding teeny-bopper comedy with hard-R horror.”

“Cooties,” which premiered at last year’s Sundance Film Festival, opens in theaters and on VOD September 18.