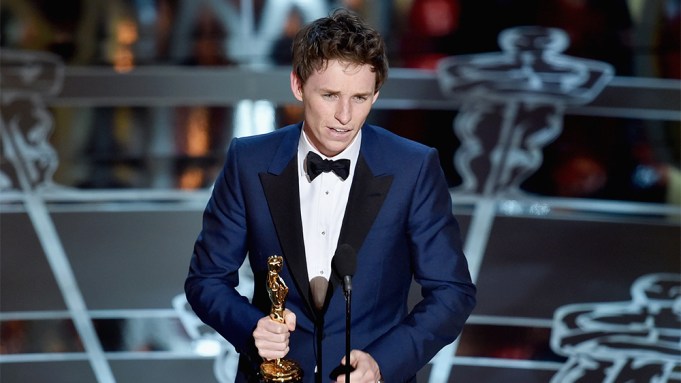 Eddie Redmayne has won the lead actor Oscar for his indelible portrayal of Stephen Hawking in “The Theory of Everything” in one of the most competitive races at Sunday’s Academy Awards.

Redmayne won over Michael Keaton for “Birdman,” Steve Carell for “Foxcatcher,” Benedict Cumberbatch for “The Imitation Game” and Bradley Cooper for “American Sniper.”

Both Redmayne and Keaton won at the Golden Globes while Redmayne took the SAG and Bafta trophies. With Redmayne’s victory, it means that the 11 last winners of the SAG best actor award have gone on to win the Oscar.

Redmayne had previously been best known for “Les Miserables” and “My Week With Marilyn.”

The film had its world premiere in September at the Toronto Film Festival and has grossed over $100 million at the worldwide box office.

“I am fully aware that I am a lucky lucky man,” he said in his acceptance.