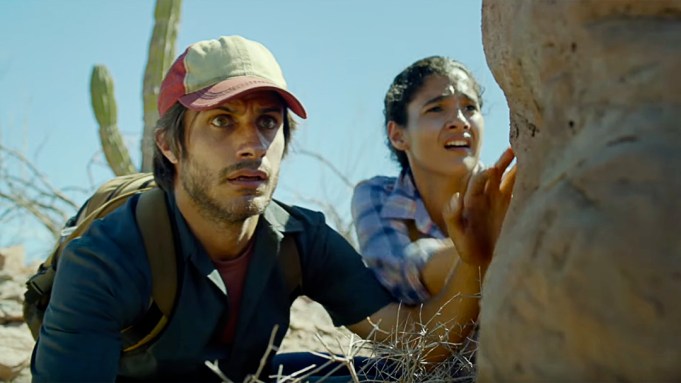 Gael García Bernal watches helplessly as his friends get shot in the first trailer for Jonás Cuarón’s chase thriller “Desierto.”

Bernal and Alondra Hidalgo star as undocumented Mexican workers pursued in the open desert by a shotgun-toting vigilante played Jeffrey Dean Morgan, who growls “welcome to the land of the free” after shooting several victims.

In addition to using the firearm, Morgan’s maniacal character also employs a well-trained German Shepherd to hunt down his prey.

The film from STX Entertainment hits theaters on March 4.