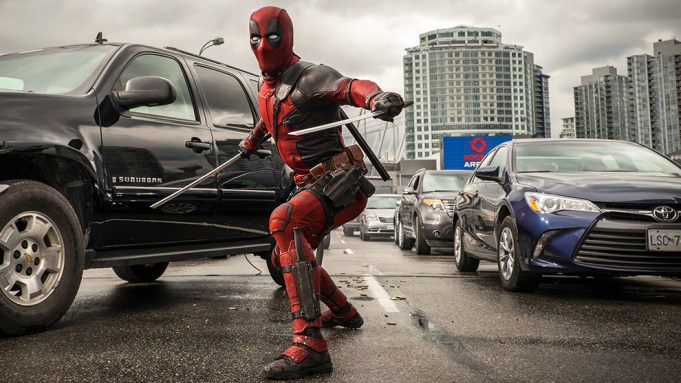 20th Century Fox released a teaser on Monday, a day before the official redband trailer is set to debut during Reynolds’ appearance on “Conan.” The trailer generated a large amount of buzz after its debut at Comic-Con in July. In another amusing touch, the link to the film’s “official website” that appears at the end of the teaser gives us some insight into the character’s favorite things. (Guns, swords and A.C. Slater?)

Reynolds and director Tim Miller wowed the crowd in Hall H at Comic-Con after showing the first footage of the Merc with the Mouth, receiving a standing ovation and demands for an encore.

“For one I think it’s an absolute miracle that a studio let us make ‘Deadpool’ let alone a Rated-R ‘Deadpool,'” Reynolds said of the studio behind the film, Fox, at the San Diego convention.