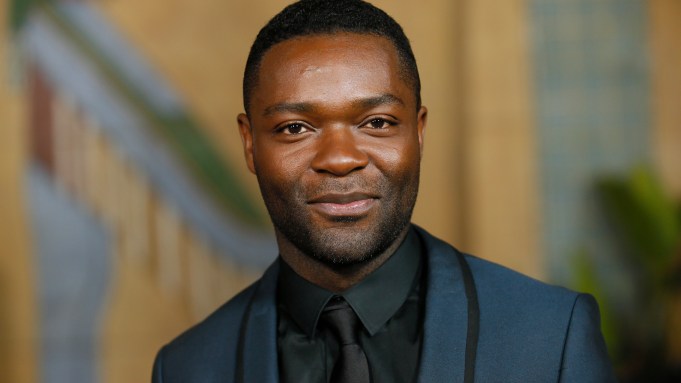 “Selma” star David Oyelowo addressed the controversy over the film’s Oscar snubs at the Santa Barbara Film Festival on Sunday, admitting that he believes “we, as black people, have been celebrated more for when we are subservient; when we are not being leaders or kings or being in the center of our own narrative, driving it forward.”

Oyelowo noted that this has been borne out in previous Oscar results, admitting, “To me, Denzel Washington should have won for playing Malcolm X,” and adding that he believed Sidney Poitier should have been awarded his Oscar for “In the Heat of the Night” (for which he wasn’t even nominated) rather than for “Lilies of the Field.”

Though “Selma” is among the eight nominees for best picture, Oyelowo and the film’s director, Ava DuVernay, were not recognized by the Academy of Motion Picture Arts & Sciences, which drew ire across the Internet. Variety‘s Brent Lang noted that the Oscar nominations displayed “a stunning lack of diversity.”

The British thesp argued that films where a black protagonist drives the narrative are “so hard to get made. People have often said to me, ‘Why has it taken so long?’ [King] was assassinated almost 50 years ago. There has been no film where Dr. King has been the center of his own narrative up until now. That’s because up until ’12 Years a Slave’ and ‘The Butler’ that did so well, both critically and at the box office, films like this were told through the eyes of white protagonists because there is a fear of white guilt. So you have a very nice white person who holds black people’s hands through their own narrative… We don’t want to see that pain again, so you don’t even go into what that pain was in an authentic way. Both of those things are patronizing to the audience. You can’t have people curating culture in this way when we need to see things in order to move forward from them.”

Oyelowo cited “12 Years” and “The Butler” as pics that changed the narrative for black characters onscreen, in large part due to their commercial success. “I know for a fact that ‘Selma’ got greenlit after both of those films made almost $200 million each,” he said. “I know that because Paramount said to us, ‘Well, that means that ‘Selma’ will probably make around $98 million, so let’s make it!’ But bless them for doing it — I love you Paramount, I love you, I love you. But that’s just the truth of the matter is that up until now it’s been so hard to get these films made, but now they’re doing well internationally and critically and otherwise.”

Watch Oyelowo at the Santa Barbara Film Festival below.