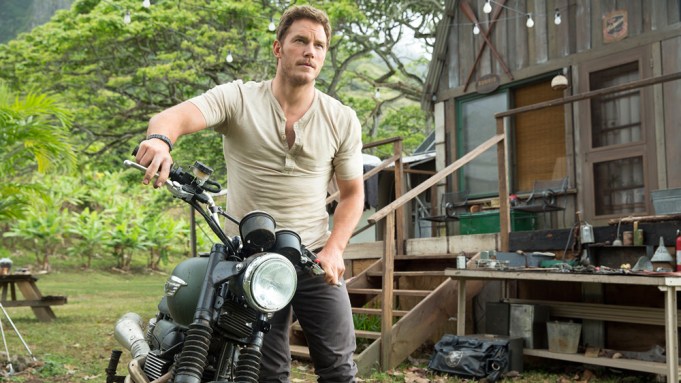 One aspect of “Jurassic World” is proving more troubling to early viewers than being chased by a gigantic dinosaur like Indominus rex: How Bryce Dallas Howard’s character manages to run in high heels throughout the film.

The cast of “Jurassic World” addressed this issue on “The Late Late Show with James Corden” Wednesday night, culminating in Chris Pratt donning a pair of red patent leather heels and trotting around the set.

Corden presented the Pratt-sized pumps after Howard explained that she prepared for her stunts very seriously.

“I trained for running in heels as if I was in the Olympics,” Howard admitted.

When Corden suggested the possibility of Pratt running in pumps, the “Guardians of the Galaxy” star responded confidently.

“I think I’d be able to do it,” Pratt said, before tottering off across the stage.

While it was an impressive performance for a first-timer, we’re pretty sure that Pratt’s pace wouldn’t have saved him from being dino food.