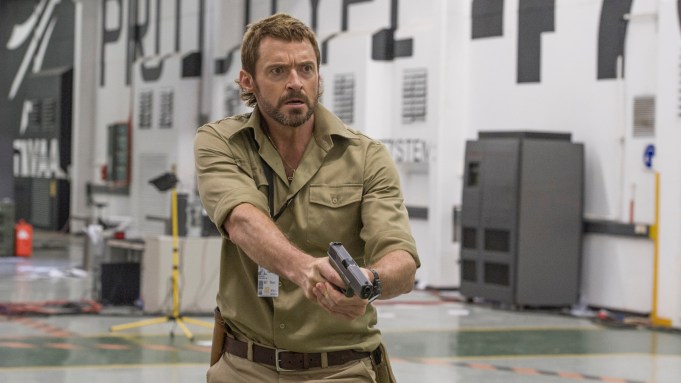 “Chappie,” “The Second Best Exotic Marigold Hotel” and “Unfinished Business” will square off at the multiplexes this weekend, but alas, futuristic robots, Vince Vaughn and a double dose of Dev Patel won’t deliver enough of a spark to reignite the box office.

Ticket sales had been muscular for the first two months of 2015, but business veered off course last weekend after Will Smith’s “Focus” failed to deliver the kind of punch the industry has grown to expect from one of its biggest stars. Expect another drop this weekend, because none of the new films hitting the market can match the $45 million that “300: Rise of an Empire” made or the $32.2 million that “Mr. Peabody and Sherman” generated when they debuted in the year-ago period.

“Chappie” should have no trouble vanquishing “Unfinished Business,” which is shaping up to be another box office disappointment for Vaughn. The funnyman has stumbled of late with duds such as “The Internship,” “The Watch” and “Delivery Man,” and he may have to wait for the arrival of the second season of “True Detective” to get his career back on track. “Unfinished Business” is being distributed by Fox in 2,777 locations and should make between $5 million and $6 million. The film cost $35 million to produce and was financed by New Regency.

Faring better, “The Second Best Exotic Marigold Hotel,” an unlikely sequel aimed at the AARP set, lands in 1,572 locations. The Fox Searchlight release will kick off to approximately $7 million and should have impressive stamina. The first “Best Exotic Marigold Hotel” made $46.4 million domestically, but put up that number without ever showing on more than 1,300 theaters at any one time or making more than $9 million in a single weekend. The look at snowbirds in India brings back Judi Dench, Bill Nighy, Maggie Smith and Patel (he’s everywhere!), while adding Richard Gere to the mix. It cost less than $10 million to bring the picture to the screen.

Among holdovers, “Focus” should drop 50% from its debut of $18.7 million, bringing in roughly $10 million in its sophomore weekend of release and grabbing second place on the charts. Look for “American Sniper” to potentially hit $336 million at the Stateside box office after this weekend, which would see it match “The Hunger Games: Mockingjay — Part 1” as the highest-grossing 2014 release domestically.

In limited release, Sony Pictures Classics will premiere “Merchants of Doubt,” a documentary about spin doctors, in a handful of arthouse theaters.

Box office salvation remains tantalizingly close. The following weekend brings Disney’s live-action version of “Cinderella,” which should make its way back from the ball with roughly $60 million in party favors.