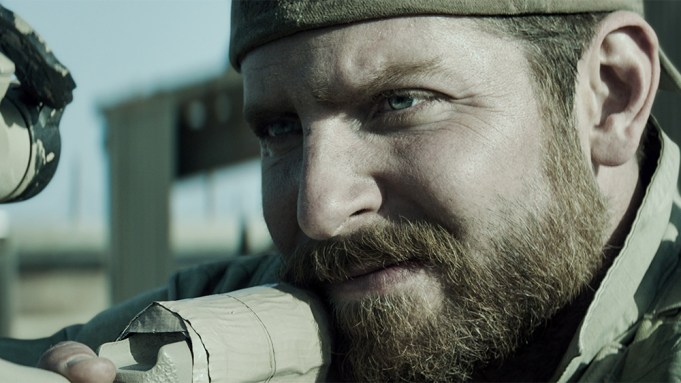 Clint Eastwood’s “American Sniper” continued its box office dominance this weekend, picking up $64.4 million and steamrolling over everything in sight, including Johnny Depp.

Depp’s latest exercise in cinematic oddities, “Mortdecai,” left audiences cold, earning a paltry $4.1 million across 2,648 locations and coming in ninth on box office charts. It’s an embarrassing performance for a star of his caliber and comes on the heels of box office disasters such as “The Lone Ranger” and “Transcendence.”

“Something needs to click soon,” said Phil Contrino, vice president and chief analyst at BoxOffice.com. “It’s a couple of misses in a row and that always stings.”

“Mortdecai” cost $60 million to make and was backed by OddLot Entertainment and released by Lionsgate. It had been expected to gross in the neighborhood of $10 million.

Much of the Sunday afternoon box office quarterbacking will center on Depp’s deflating career, but “American Sniper’s” endurance was the true stunner. The Warner Bros. and Village Roadshow release has made an astounding $200 million.

“The movie reached many, many people because it deals with family, with patriotism and it recognizes a hero,” said Dan Fellman, Warner Bros. domestic distribution chief. “You see it in the heartland and in the smaller towns. These are staggering numbers.”

“American Sniper” cost $60 million to produce. It has not been without controversy, but the film shrugged off the ongoing debate about Navy SEAL Chris Kyle’s heroism, or lack thereof, to put up huge numbers and drop a slender 28% from its wide release opening last weekend. That’s an industry record for a film that debuted in wide release to more than $85 million, passing previous high-water marks set by “Spider-Man” and “Shrek 2.”

“Regardless of anything that’s come out on the negative side, the reaction from the public is so positive and this is one movie they have really supported,” said Fellman.

“Mortdecai” wasn’t the only box office non-starter. Disney’s “Strange Magic” came in seventh, debuting to $5.5 million. It had been projected to earn about $10 million but struggled in its matchup with another family film, “Paddington.” The animated “Strange Magic” was produced by Lucasfilm, centers on goblins and elves and was inherited by the Mouse House as part of its 2012 purchase of George Lucas’ company.

“We are disappointed with the result,” said Dave Hollis, Disney’s distribution chief.

The weekend’s other major new release, Universal’s “The Boy Next Door,” fared better, earning a solid $15 million from 2,602 locations and second place status. The film was produced by Jason Blum’s Blumhouse for a modest $4 million and stars Jennifer Lopez.

Its opening weekend audience was weighted toward females, who made up 71% of ticket buyers, and Hispanics, who comprised 45%.

“Basically, Jennifer Lopez is great, and people responded to her,” said Nick Carpou, Universal’s president of domestic distribution. “She was the number one reason people wanted to see this movie.”

The Weinstein Company’s “The Imitation Game” officially became the top-grossing indie release of 2014, passing “The Grand Budapest Hotel.” It earned $7.1 million, pushing its total to more than $60 million. The film about code-breaker Alan Turing has also crossed the $100 million mark globally, and is on pace to gross more than $100 million in the U.S.

In limited release, Cinelou Films debuted “Cake” to $1 million in 482 locations. The film about a woman with chronic pain had been expected to snag star Jennifer Aniston an Oscar nomination, but was shut out by Academy Awards voters.

Focus Features also bowed nautical thriller “Black Sea” to $35,000 in five locations. It will expand to roughly 300 venues next weekend.

Box office prognosticators have been projecting that 2015 will be a record breaker, as it offers up sequels to “Star Wars” and “The Avengers,” but the first three months seemed weaker on paper than the first quarter of 2014. Thanks to “American Sniper,” that may no longer be the case — the film almost single-handedly pushed this weekend up more than 30% over the year-ago period. Year-to-date ticket sales are now up 9.3%, according to Rentrak.

“It’s unbelievable, unprecedented and unexpected,” said Paul Dergarabedian, senior media analyst at Rentrak. “All it takes is one movie like this to create a situation where we’re looking at numbers in January that we’re not accustomed to seeing.”