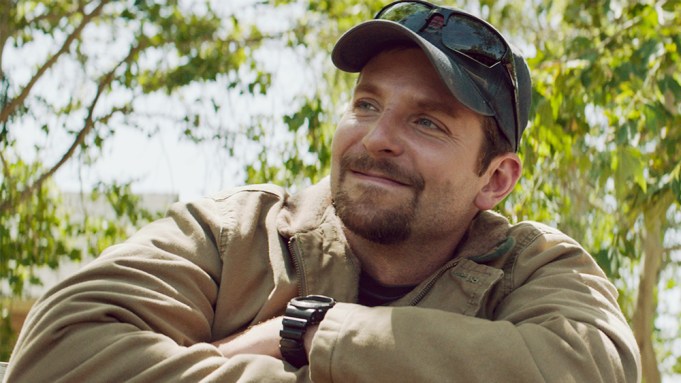 At the ripe old age of 84, Clint Eastwood is about to enjoy the biggest box office weekend of his extraordinary career.

The Oscar winner’s “American Sniper” has been on a tear playing just four theaters throughout the holidays, but it goes wide this weekend, rolling out to 3,555 venues, where it is expected to make $44 million-$48 million over the four-day Martin Luther King Jr. Day holiday. Warner Bros., which backed the $58 million production with Village Roadshow, says it will be happy with anything with a four in front of it.

Expectations are that the film will easily hit its numbers even if “American Sniper” and star Bradley Cooper get snubbed by Academy Awards voters when nominations are unveiled Thursday, and such box office would best by far Eastwood’s previous high-water mark of $29.5 million, set by 2008’s “Gran Torino.”

It’s also a return to form for the former “man with no name” after “Jersey Boys,” his adaptation of the hit Broadway musical, hit a false note with audiences last summer.

Ticket sales for the biopic of Navy SEAL Chris Kyle are brisk, with Fandango reporting that “American Sniper” is the top January wide-release opener. Armed with  patriotic subject matter and strong reviews, the film should be a hit in red states as well as blue.

The success of “American Sniper” is causing problems for another adult drama, Michael Mann’s “Blackhat.” In the wake of the hacker attack on Sony Pictures, the “Heat” auteur’s latest could not be more timely: The film centers on efforts to foil a cyberterrorist, but its ripped-from-the-headlines plot and the presence of Chris Hemsworth (“Thor”) may not be enough to help it break through the clutter. “Blackhat” is on pace to do a paltry $10 million from 2,567 theaters over the four-day weekend. Legendary Pictures backed the $70 million film, and Universal Pictures is distributing the picture.

For the family audience, there’s “Paddington,” an adaptation of the series of children’s books about a lovable bear. The title character is an institution in Britain but is less well known on this side of the pond. Still, with “Annie” and “Night at the Museum: Secret of the Tomb” entering their fifth weekends in theaters, “Paddington” becomes the default choice for moviegoers with kids. The picture should open at roughly $17.5 million in some 3,300 locations over the holiday. Studiocanal put up the film’s $55 million budget, with the Weinstein Company picking up U.S. distribution rights.

Last weekend’s champ, “Taken 3,” should fall more than 50% in its sophomore frame to pick up $18 million and third-place status.

Thursday’s Oscar nominations and the Martin Luther King Jr. Day holiday could be a boon for “Selma,” the story of the voting rights marches of 1965, which expanded to more than 2,000 screens last weekend. Other pictures such as “The Imitation Game” and “The Theory of Everything” could also see their box office grosses rise if they receive Academy Awards noms, and IFC is planning to re-release “Boyhood” on roughly 100 screens to capitalize on its expected Oscar haul.

Despite “American Sniper’s” warm reception, the overall box office faces steep comparisons with the year-ago period, when “Ride Along” debuted to a January opening weekend record and “Lone Survivor” continued to draw crowds. Another difficulty is that while many people get an extra day off, the Monday of the Martin Luther King Jr. holiday does not tend to be a robust one for moviegoing.