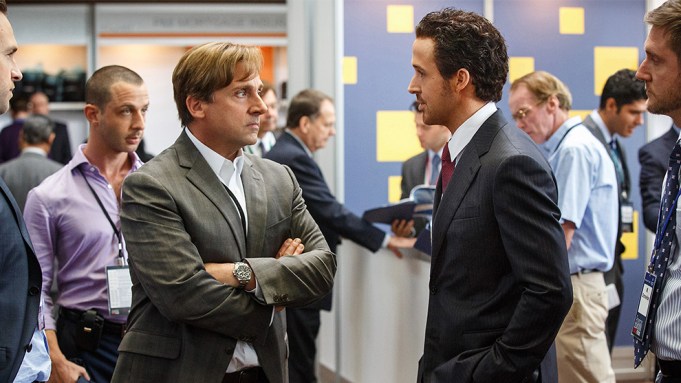 Steve Carell wants to “profit from” banks’ “stupidity” in the new trailer for the financial drama “The Big Short.”

“Banks have conditioned us to trust them,” says Carell’s money manager character. “Banks got greedy and we can profit off of their stupidity.”

The Paramount film is based on Michael Lewis’ 2010 novel, “The Big Short: Inside the Doomsday Machine,” centered on the financial players who believed the collateralized debt obligation bubble was going to burst and bet against it, thus profiting from the 2007-10 financial crisis.

In the trailer, Carell’s Mark Baum also tells a stripper that she’s not going to be able to re-finance her loans. The pole dancer responds by saying she has five houses and a condo.

“How much do you make a year?” an incredulous Carell asks.