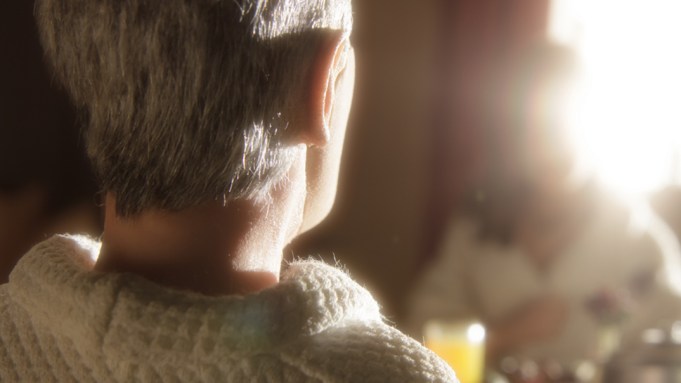 Paramount has released the first trailer for “Anomalisa,” the awards-season contender directed by Charlie Kaufman and Duke Johnson.

Based on a play written by Kaufman (under the pseudonym Francis Fregoli) in 2005, “Anomalisa” won the Grand Jury Prize at the Venice International Film Festival in September, after premiering at the Telluride Film Festival.

The film, scheduled to be released on Dec. 30, is a stop-motion comedy-drama starring David Thewlis, who plays an author and motivational speaker who falls in love with Jennifer Jason Leigh’s character Lisa — even though he can’t initially explain why.

“Look for what is special about each individual,” he says during the trailer. “Focus on that.”