A bus driver's final journey turns into a mind-bending trip 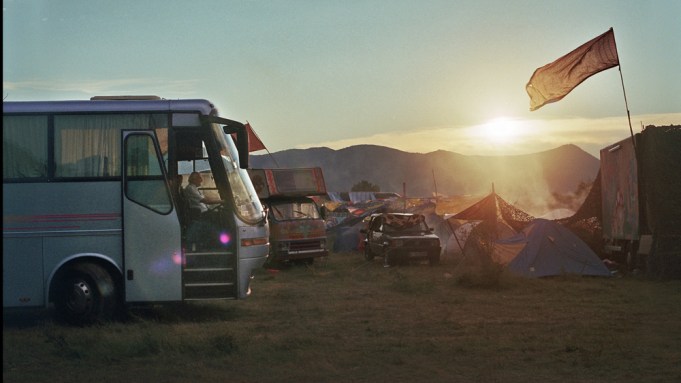 The movie centers on bus driver Mario, who has spent his life shuttling senior citizens to their holiday destinations. Today, he is stuck in retirement, bored with his wife and with life in general. He decides to accept one last trip. Only this time his passengers are not the elderly, but a motley crew of partygoers on their way to a music festival in Croatia. Mario takes an immediate dislike to the alternative youth and their loud music. His last journey soon turns into a mind-bending trip that not only confronts him with his prejudices, but also with his long-lost son.

Reyntjens wrote and directed two short films, both starring Matthias Schoenaerts. “A Message From Outer Space” was shown at several international film festivals, and “Tunnelrat” was made part of a exhibition at the MoMa in New York, “The Great War: A Cinematic Legacy.”

“Paradise Trips” receives its Belgium release on Aug. 19, and in the Netherlands on Sept. 24. Cineart handles distribution in both territories.

Reyntjens’ original story was developed into a screenplay at Binger Filmlab in Amsterdam. M-Appeal has been tracking the project since it was in the Works in Progress section at the Holland Film Meetings. The movie is produced by Frank Van Passel and Ivy Vanhaecke at Caviar.

Kroymann, CEO of M-Appeal, said: “We all fell in love with ‘Paradise Trips’ the moment we saw it. We have been looking for just such a charming film with a cross-over potential, appealing to both young and middle-aged audiences at the same time.”

Van Haecke said: “We believe M-Appeal has the right vibe that perfectly fits the spirit of our movie. We look forward working with them to bring ‘Paradise Trips’ to its audience worldwide.”