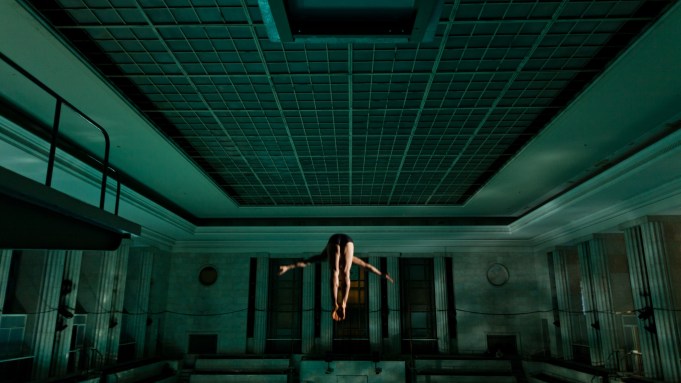 Variety speaks to Marcin Koszalka, the director of psychological thriller “The Red Spider,” which world premieres in competition at Karlovy Vary Film Festival, and exclusively premieres the film’s trailer.

The movie, which is based on a real series of murders in the late ’60s, is an unusually lush and atmospheric production visually, thanks to Koszalka’s long experience as a cinematographer. In shooting and directing the period piece, he used a film noir style that pervades the story, which is steeped in a deeper sense of menace thanks to its setting in Cold War-era Eastern Europe. The story follows a socially challenged champion diver who becomes increasingly involved in the aftermath of the hammer killings.

What was it about the serial killer victimizing Krakow that stood out for you as the basis for a film?
My film isn’t only inspired by real events. It wasn’t the criminal story that was interesting me, but the evil itself, which I find fascinating. This film is about the realization of the desire.

How do the real crime and the people involved vary from the film and characters? What did you feel you needed to change for the film to work?
I was interested by urban legends that arise around the murderer, then his real story. That was the point from which I started to work on the script and invent an original story. My intent was the creation of a psychological film, not a crime film. It was very important for me to create on a visual level a world on which to build emotions and impressions.

As an international co-production between Poland and the Czech Republic, what were the lessons learned?
In my opinion this model works very well. The action of the film takes place in communist Poland, a country of the East bloc, behind the Iron Curtain. My co-producers understand this world, because they are all from this kind of country; they know this political system.

How did you manage to shoot such a technically nuanced film and also direct?

The biggest challenge for me was the double role I had on set. I needed to prepare myself precisely for shooting, to be able to manage everything. The most important thing was to refine the script and casting.

What are your hopes for “The Red Spider’s” distribution and audience reach beyond Europe?

It’s hard to say. My film is not typical genre cinema; it’s an author’s project. Of course I have hopes it will be shown all over the world and that it finds its own audience. I hope that my debut will give me strength to make another feature film.