Abduction thriller trailer impacts Argentina, consolidating as the most awaited national film of the year 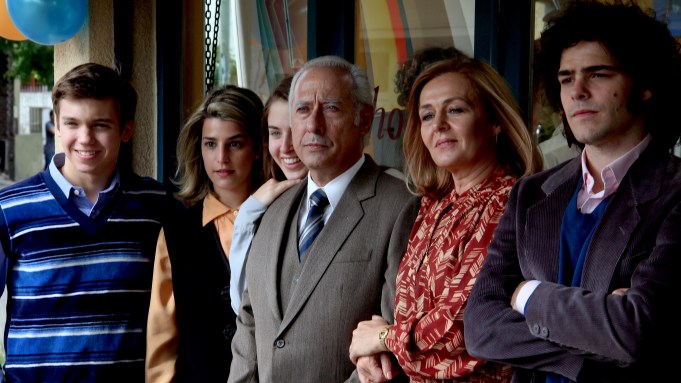 MADRID – A trailer for Pablo Trapero’s unsettling “The Clan,” which 20th Century Fox releases in Latin America, has touched a national nerve in its native Argentina, positioning the film, tipped for a big late summer/fall fest berth, as Argentina’s most expected movie title of the year.

Looking at a subtitled copy, to which Variety has had exclusive access, it’s easy to see why.

Inspired by a notorious true-life case that still sends a shiver down Argentina’s collective spine, “The Clan” is inspired by the so-called Clan Puccio.

A well-heeled Buenos Aires family, the Puccios abducted people from its own neighborhood, demanding hefty ransoms. Upon their receipt, they then killed their victims. Accomplices in varying degrees in the kidnappings, all the family members benefitted from the ransom payments. The action takes in four murders, from 1982 to 1985.

Argentina’s best known and most loved comedian, Francella (“The Secret of Their Eyes,” “Heart of a Lion”), one of Argentina’s biggest marquee draws, plays Arquimedes Puccio, the patriarch of Clan Puccio. Remarkable make-up, seemingly including prosthetics, has transformed him into an uncanny resemblance of Arquimedes Puccio, in what seems not so much a case of fictional transformation as diabolic possession.

Social-media reactions have not been long coming. Released on Fox’s YouTube channel, the trailer, which will hit theaters June 11, ran up 206,364 views in five days. It has also received coverage in major national newspapers including La Nacion and Clarin and on main TV newscasts. Comments on Fox’s YouTube site, “The Clan” Facebook page and Twitter split two ways, praising the trailer and focusing on Francella’s role and performance.

Or both: “The trailer suggests what an excellent production this is and its made-on-heaven cast, all fantastic actors,” wrote Axel Armando Muchutti.

“The case that inspired ‘The Clan’ is one of the most emblematic crimes in Argentina’s history,” said Javier Braier, head of development at K & S Films, which lead-produced “Wild Tales,” teaming with El Deseo, Telefe/Telefonica Studios and Film Factory.

He continued: “Like Ricardo Darín, almost every film Guillermo Francella stars in is one of the film events of the year. And the fact that this is a new film by Pablo Trapero is a large attraction for the media, critics, audiences and the film community. Next to Daniel Szifron and Juan José Campanella, he forms part of the elite of Argentine directors both in mass audience appeal and on an artistic level.”

“The Clan” trailer also hints at what could well be its central obsession, as relevant today as in the 1980s: How people whose ethical sense seems to have short-fused can carry such force of conviction when persuading others to commit the most hideous crimes possible in the claimed interest of a greater good — here the well-being of the Puccio family itself. In the trailer, the equanimity of the family’s daughter, listening to music and doing her homework just a few meters from where a kidnap victim lies bound and terrified, is a further source of horror.

Copying methods used by Argentine’s Junta military dictatorship during its Dirty War, the Puccios, whose son played rugby for Argentina’s Pumas, effectively privatized murder, turning it into a business. As a front, the father ran a windsurfing shop.

“When the Pucci were finally arrested, many people said they must be innocent, because their social class simply didn’t commit this type of crime,” Trapero told Variety last December on the set of the film.

The Puccios’ acts, and withering hypocrisy, will strike a chord in a modern world, which is far more skeptical about the goodness of its ruling classes.