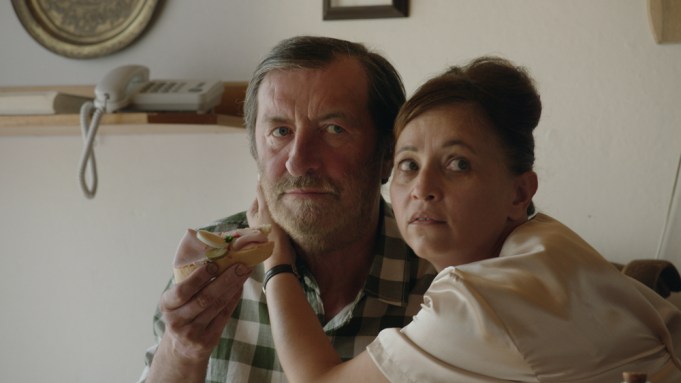 LONDON — Berlin-based world sales company M-Appeal has picked up Slavek Horak’s “Home Care,” which is the Czech Republic’s entry in the contest for the foreign-language film Oscar.

The movie world premiered in competition at the Karlovy Vary Film Festival, where Alena Mihulova won the Crystal Globe Award for best actress.

The action centers on a dedicated home-care nurse in the South Moravian countryside who puts everyone else’s needs before her own. When there comes a time that the carer herself needs care, the protagonist, her family and patients must all leave their comfort zones.

At the recent Mannheim-Heidelberg Film Festival the movie was “recommended for distribution” by a jury composed of movie theater owners. The jury commented: “The Czech nurse Vlasta unexpectedly finds her joy of life again after being diagnosed with cancer. ‘Home Care’ counters the dominating logic of science with a fantastic story of emancipation employing magical images.”

M-Appeal’s Maren Kroymann said: “We are so glad to have added ‘Home Care’ to our slate after its international premiere in Busan this fall. We were all immediately drawn to the universal existential topic, which is at once tragic and heartwarming, with a treatment of the subject that, while deep, never belittles its high entertainment value.”

She added: “‘Home Care’ has rapidly become a festival darling, and is the Oscar submission for the Czech Republic — having already brought 90,000 national spectators to the cinemas since its release in its home territory. With this in mind, we are thrilled to bring this gem to audiences worldwide.”

Horak said: “I am really excited about this deal as M-Appeal, who were so very enthusiastic about my film from the first screening. And the reactions of festival audiences all over the world show that they are not the only ones enthusiastic about ‘Home Care,’ so I hope that my labor of love will reach as wide an audience as possible — something I secretly wished for but never dared to imagine.”

The film screens in Los Angeles this Sunday as part of European Film Promotion’s L.A. Screenings series. It’ll play at the Wilshire Screening Room in Beverly Hills at 7 P.M. with a Q&A to follow. Click here for details.