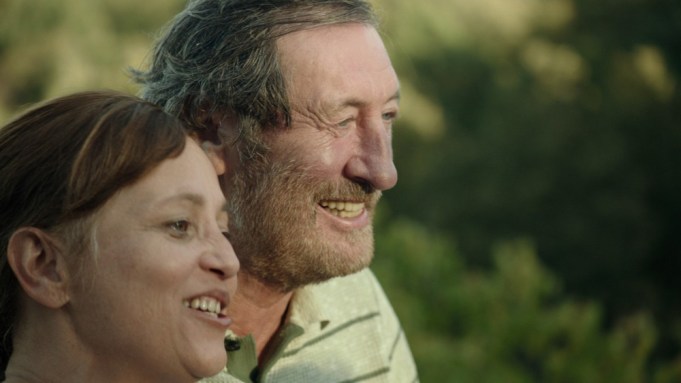 Variety speaks to director Slavek Horak about “Home Care,” which is in competition at the Karlovy Vary Film Festival, and premieres the film’s trailer.

The film, which is the first feature from the commercials director, was inspired by tales that the director’s mother, a local home care nurse, would bring him over the two-year course developing his script. Horak came to realize the accounts were both more authentic and wilder than anything he could have penned from his imagination, he says. The film, starring veteran Czech character actor Bolek Polivka and Alena Mihulova as the couple at the center of village life, was produced Horak’s TVORBA Films in co-production with Czech TV, Fog n’ Desire and Svoboda & Williams, and Slovakia’s Sokol Kollar. It embraces the spirit of the Czech Republic’s eastern province of Moravia, where Horak grew up.

You filmed in your native Zlin, using your parents’ house and even some of your mother’s clothes for your lead actress. How did the region’s flavor influence the story?
The culture is quite specific — it’s a region southeast of Prague, and people there are warmer and more extroverted and more expressive and at the same time they’re more “country” people in a good way without the redneckish part.

Sometimes filmmakers use this region for its picturesque quality, but it’s always too fake.

And the production basically took over your parents’ home for six weeks then?
Even my dad’s workshop. People said, “Finally these homes look like people actually live in them.” I took the two principals, Alena and Bolek, to meet my parents before the shoot. They didn’t even need to spend more time with them. Both come from south Moravia as well — they got them immediately.

But this return to small-town life is quite a departure from the luxury-brand commercial spots you’ve been shooting all over the world, isn’t it?
I traveled all around the globe with the commercial work. That was a good contrast, to see the world and to come back home and to see what’s specific to the region, and what is the region’s place in the world. I think, without this, I wouldn’t see the bigger picture.

And how did you know when you had hit just the right notes on the script?
I started with those little stories from my mother but had no spine, nothing to hold it together. Of course I read everything about script writing; I wanted to do the traditional story arc, the classic structure. Now it seems simple, but I did 15 versions, and worked with a dramaturge, someone who is seeing the bigger picture while you are deep into the thing. One was a teacher from my film school, FAMU, and another from Czech TV.

And working with some of the Czech Republic’s biggest stars, such as Polivka and Tatiana Vilhelmova, on your first feature, did you not find that intimidating?
Before this, I only worked with juice boxes! Luckily, they respected me because they loved the script. I was a little bit nervous but they were extremely helpful. Also being isolated in the region helped.