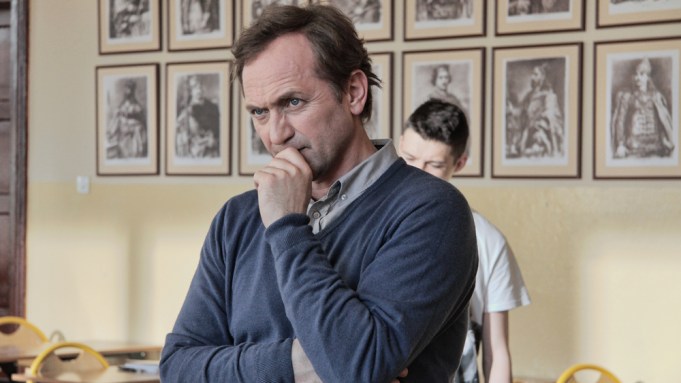 LONDON — Variety has been given exclusive access to the trailer for “Carte Blanche,” which has been selected to play in competition at next week’s Shanghai Film Festival.

The Polish film, which is written and directed by Jacek Lusinski, is a feel-good movie inspired by a true story.

It centers on Kacper, a high-school teacher who starts to lose his sight. The medical diagnosis leaves little hope: Due to a genetic disorder, chances are high he’s facing permanent blindness. Initially heartbroken, he decides to hide his disease, fearing it will cost him his job, which he loves. The pretense demands a lot of effort – remembering his daily routine by heart, pretending to look people in the eye, and so on.

The film stars Andrzej Chyra (“In the Name Of…,” “Elles,” “All That I Love”), Arkadiusz Jakubik (“The Mighty Angel,” “Life Feels Good”) and Urszula Grabowska (“The Closed Circuit”).

Leszek Bodzak produces for Aurum Film. The pic is co-produced by Orange Polska and Lightcraft, with financing provided by the Polish Film Institute and Lublin Film Fund.