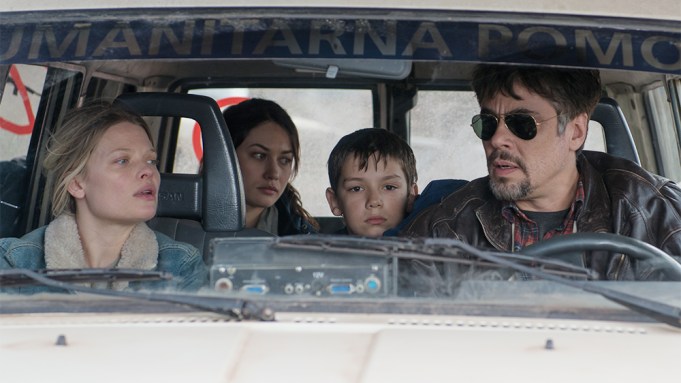 The pic centers on a group of aid workers as they try to resolve a crisis in an armed conflict zone: Sophie (Thierry) is a newcomer, she wants to help; Mambru (Del Toro) has seen it all and wants to go home; Katya (Kurylenko) once wanted Mambru; Damir (Stukan) wants the war to end, and B (Robbins) doesn’t know what he wants. Humor, drama, emotion, routine, danger, hope: it all fits in a perfect day.

The film is produced by Reposado and Mediapro.