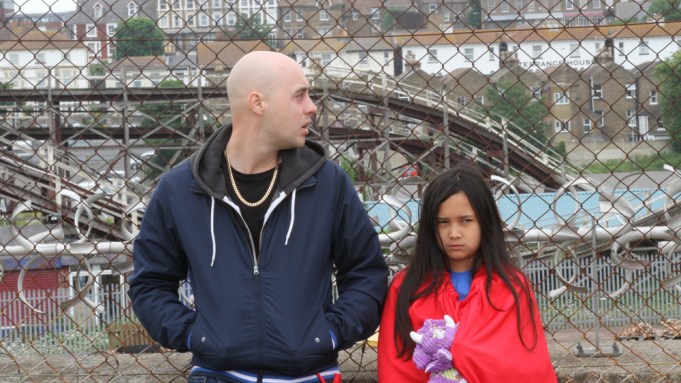 LONDON — L.A.-based sales agent Aldamisa Entertainment has picked up worldwide rights to U.K. thriller “My Hero,” which has its world premiere at London’s Raindance Film Festival on Sept. 25.

The movie, which is directed by Nathanael Wiseman and Robert Osman, tells the true story of a small-time criminal in a British seaside town who, on the eve of a turf war, is forced to go on the run with a 9-year-old girl after a fatal accident.

The film, which stars Wiseman and newcomer Alexandra Newick, is the first feature film from London- and Oslo-based production company Redeeming Features. The company was founded by Wiseman, and is co-owned and managed by Norwegian actress-producer Katarina Gellin, alongside entrepreneur Gary Thomson. The film is exec produced by the Cadogan family.

“My Hero” is Wiseman’s feature debut as director; he is prepping his next film as a director, road-movie “Absolution.” He has recently finished writing a screenplay about cricket legend Douglas Jardine, “A Gentleman’s War,” which is being produced by Arclight Films.

Wiseman said: “As an actor I’ve always believed in creating your own work and ‘My Hero’ doesn’t get any more D.I.Y. Robert Osman (the film’s co-director and writer) and I set about to make a film that we would be proud of, that told this amazing true story in the best possible way. When we started we literally had less than zero budget. I remember the day before the shoot, at 5 a.m. me, Rob and his granddad driving to Panalux to collect all our lights on credit and just laughing at the absurdity of the situation. Then Gaz (Gary Thomson) got involved and with his business experience and connections we were really able to take off.”