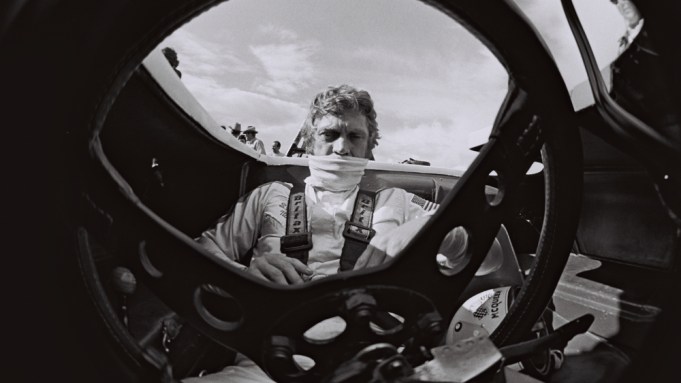 CANNES — Variety has been given exclusive access to “Steve McQueen: The Man & Le Mans,” which world premieres on Saturday in the Cannes Film Festival’s Cannes Classics section.

The documentary, which Content Media will be selling in the Cannes Market, is described as “an extraordinary, moving, white-knuckle drive with one of the greatest movie stars of all time, and the film that almost destroyed him.”

The pic, which is directed by Gabriel Clarke and John McKenna, follows McQueen’s quest to make a movie in the early 1970s about the 24-hour race in France, Le Mans. Over a six-month period, McQueen’s director John Sturges quit, his marriage fell apart, and his company was on the brink of bankruptcy; and all the while he was in constant fear for his life after learning that he was on the top of Charles Manson’s “death list.”

McQueen’s son Chad McQueen, who is one of the main interviewees in the documentary, will be in Cannes to present it alongside the filmmakers.