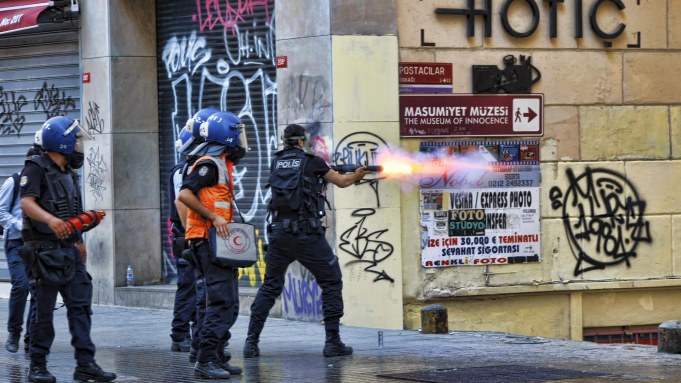 VENICE – Turkish Nobel Prize-winning author Orhan Pamuk made the trek to the Venice Film Festival for the world premiere of director Grant Gee’s “Innocence of Memories,” which takes its cue from the unique museum in Istanbul that stemmed from Pamuk’s acclaimed novel “The Museum Of Innocence.”  This multilayered feature film by the British director known for docus about Radiohead, U2, Joy Division, and David Bowie screened as a special event in the independently run Venice Days section.

How did the book become a museum?

Orhan Pamuk: writing the novel “The Museum of Innocence” had carried a lot of constraints. I was thinking of a museum as I was writing the novel. I thought that in each page, the story should be in touch with some objects. So I then exhibited these objects in the museum. Not only regular objects; objects that should be evocative, should be attached to the story. The best example of this is a quince grinder, as a way of talking about the military coup in 1980. In the story our character is carrying a grinder and the soldiers mistake it for a weapon. Each object in the museum is associated with a story in the book. If you put the objects in line they will tell a big story, which is a novel. And now, it’s a film.

The film is in part about the rapid expansion of Istanbul through destruction and reconstruction. This modernisation is considered to have been prompted by Turkish prime minister Recipe Tayyip Erdogan. The Ghezi Park riots (pictured) are also mentioned. How closely are present-day Istanbul and Erdogan connected in your mind?

Orhan Pamuk: “We are very attached to our buildings, squares, monuments, trees, parks because they trigger our memories. Only through objects we remember things, we experience them. Not just cigarette butts, salt shakers, or ashtrays in our daily lives, but trees, parks, buildings. They also make us remember. A city, if you live in it for 63 years like me, turns into a sort of index for everything pointing to our memories. But once these monuments and trees begin to be destroyed we feel first of all not a political but a very personal energy and anger to preserve them, like an animal. Like a dog who watches out for his womb. Because we want to preserve them. It’s something very instinctual. In Ghezi Park that kind of thing gained political dimensions, Erdogan mismanaged it, and a little green park become connected to a more secular anger with Erdogan. But anger against Erdogan is not only [about] the destruction of Istanbul. In fact that’s a minor thing.

And what impression did the all the destruction and construction in Istanbul make on you, Mr. Gee?

Grant Gee: I read somewhere the other day that by 2050 seventy-five percent of the world’s population will live in cities of greater than ten million, which I think is think is just extraordinary That’s going to be the main unit in which the world’s population will exit, so these megacities will just start communicating with each other. When you are in Istanbul you can just feel this seismic thing; the ground is shaking. It’s almost like you turn around and the characters on the street are changing. It’s very exciting and also very scary. The excitement of creation and the scariness of destruction. The two things are simultaneous. That’s why it’s so interesting to be there.