Digital Players Could Give Sundance Spending a Lift 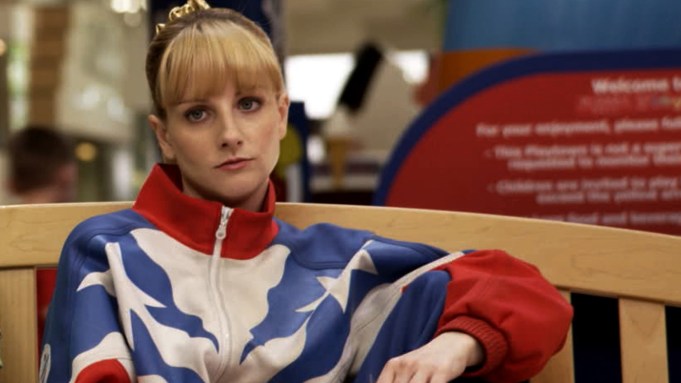 Hollywood descends on the Sundance Film Festival this week, checkbooks in hand, hoping to find the next big thing in indie movies. In many cases, that means buyer beware, because the thin mountain air in Park City can turn conservative bidders into free spenders.

“People get the fever sometimes,” says Jim Berk, CEO of Participant Media. “Everybody is looking for that next ‘Juno’ or ‘(500) Days of Summer.’ They want to find the next Cary Fukunaga or that new hot director they have to be in business with. That’s what drives the hype and the excitement.”

It’s easy to see why Sundance, with its bucolic setting, history of producing iconoclastic films, and reputation as a showcase for new talent, remains an essential stop for buyers and sellers. Yet despite the popularity of VOD and emergence of new digital platforms such as Netflix and Amazon hungry to distribute content in all its forms, the independent business remains notoriously difficult. It takes a very special picture to break out of the arthouse, and history is littered with hot festival titles that left mainstream audiences cold.

“Sometimes you’ve got to have a movie, and you believe it will speak to an audience loudly,” says Lia Buman, president of acquisitions for Focus Features. “It’s not hard to determine a film’s value, but that bubble can give you a distorted picture.”

Many of last year’s big sellers, a group that includes “Wish I Was Here,” “Obvious Child” and “Laggies,” scored seven-figure deals but failed to make a stir at the box office. Nor is the problem of overpaying endemic only to Sundance. “Begin Again” and “Top Five” were two of the costliest acquisitions in recent years, netting $7 million and $12.5 million, respectively, out of the Toronto Film Festival. Ticket sales were disappointing, however, with “Begin Again” mustering only $16.2 million domestically, and “Top Five” topping out at $25 million — hardly enough to justify their pricetags and the millions more spent marketing the films.

Compounding the problem, many indie productions sell tax credits, along with foreign and ancillary rights, to help finance their shoots, limiting other potential revenue streams for would-be buyers.

The bad experience that some distributors had last year is unlikely to stifle sales, festival veterans say, because new companies continue to enter the fray or established players are desperate to fill slots on their release calendars. “There are always new entrants who like to use Sundance as a launching pad and to make a splash,” says Nolan Gallagher, CEO and founder of Gravitas Ventures.

The most recent game-changer from the digital realm came Jan. 19 when longtime producer Ted Hope was tapped to drive Amazon Original Movies, proving that the streaming service wasn’t just poaching independent filmmakers to make TV series. Netflix has already acquired feature documentaries, including the Oscar-nominated  “Virunga,” and signed a deal to host films from Adam Sandler, while Vimeo and Hulu are also sending acquisition teams.

To be sure, some Sundance films did fulfill the ambitions of their buyers. Sony Pictures Classics nabbed “Whiplash” at last year’s festival and has an Oscar best picture nominee on its hands, while “The Babadook” has done strong business in theaters and on-demand. Moreover, sellers are mindful that the rise of digital platforms and video-on-demand is providing distributors new ways to make money beyond the bigscreen, if a project even goes that route.

“We have more and more data from alternative platforms, and when you see how successful these films can be, it helps inform us as sales agents,” says Jessica Lacy, head of international and independent film at ICM Partners. “I think having Netflix and others aggressively looking to acquire films directly helps keep prices healthy.”

For this year’s festival, there are a number of films arriving with a good amount of anticipation — a group that includes “The End of the Tour,” a look at novelist David Foster Wallace that stars Jason Segel and Jesse Eisenberg; “I Smile Back,” with comedian Sarah Silverman in a dramatic turn; and  “I Am Michael,” with James Franco as a gay-rights advocate who renounces his homosexuality. But not everyone is convinced that there will be as many intense bidding wars.

“Sundance this year seems to be less commercial,” says Bill Bromiley, Saban Films president. “It can be hard to determine that based on loglines or the buzz, but there aren’t a lot of A-list driven films out there. It can be challenging to find things that are artistically driven, well-done films the public will want to see.”

For many studios, finding the next bright talent is as important as the pictures themselves. In a business built on relationships, it’s good to have ties to the next Quentin Tarantino, David O.
Russell or Wes Anderson — three filmmaking phenoms who first made a splash at Sundance.

“To go to a festival and find a filmmaker who is unique and stands out is an incredible thing,” says Robbie Brenner, president of production at Relativity Studios, “because that’s why people go to the movies — to have a unique experience.”