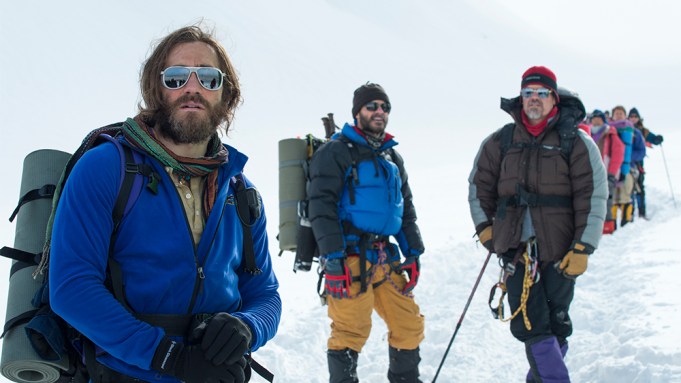 Euro exhibitors who got a closed-door screening of “Everest” at the CineEurope meet in Barcelona last week were impressed.

Jon Krakauer’s bestseller “Into Thin Air” chronicled the commercial expeditions that were caught in a blizzard on the mountain, but is not the basis for the film. “Everest” was adapted for the screen by Mark Medoff (“Children of a Lesser God”) and Simon Beaufoy (“Slumdog Millionaire”).

“Everest,” which Universal will distribute worldwide, was shot on location in Nepal on the foothills of Everest, also in the Italian Alps, and at Cinecittà Studios in Rome and Pinewood Studios in the U.K. In the U.S. it will be released on September 18 exclusively on Imax 3D and premium-large format 3D screens and then go wide, including standard 2D and 3D, on September 25. The Italian release will be on September 24.

The full lineup will be announced July 29.