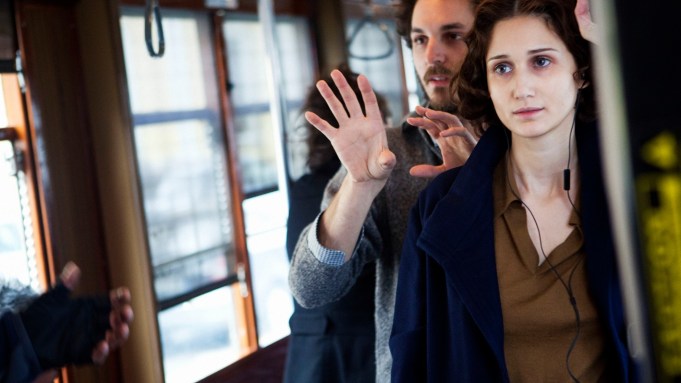 Variety speaks to young Italian director Ferdinando Cito Filomarino about his first feature, “Antonia.” The film, which world premiered in competition at the Karlovy Vary Film Festival this week, is about Italian poet Antonia Pozzi, considered great posthumously but unpublished during her short-lived life.

Filomarino first made a splash in Locarno in 2010 when his atmospheric short “Diarchia,” starring Louis Garrel, Riccardo Scamarcio and Alba Rohrwacher, scooped the Pard of Tomorrow and went on to earn an honorable mention at Sundance. “Antonia” is produced by Luca Guadagnino, whom Filomarino worked for as a.d. on “I Am Love.” “Antonia” is similarly set in Milan’s high society, albeit during the 1930s.

I read that Guadagnino steered you towards Antonia Pozzi as subject matter for your debut film. But aside from Luca’s input, what attracted you to her?
I’ve always been fascinated by artists as human figures. They usually live without compromises and in total honesty, which makes for intense lives and sometimes tragedies. Luca steered me towards her and the first impact I had was with her poems, their power and the clarity of Antonia’s outlook about herself. That was the first spark.

Do you have things in common with her?
Yes, for sure. She grew up in a Milanese society which I know well, and also had a strong connection to the outlying countryside and mountains just like me.

It’s not easy to depict what poets do onscreen since, of course, poetry is a written medium. Was that a challenge for you?
Yes, even in movies about poets, poetry is usually absent. I thought this was an opportunity to portray a poet and her poetry and that, since I am young, I had the strength and the inner resources to tackle that. There is a sort of common understanding between us.

From a purely narrative standpoint what choices did you make?
All the verses in my film are written rather than read. The premise for me is I wanted poetry to be central to the film, and I think her verse works better on the page. I wanted to establish links between her life, her impulses, and the page.

Just like yourself, your lead actress, Linda Caridi, makes her feature film debut in “Antonia.” How did you pick her?
Since this a portrait of a person, my main focus was on Linda’s performance. Luca’s idea was to do the casting with fresh eyes and look for people who embodied the time period. Linda was doing a monologue in Rome titled “Blu.” When we saw her we immediately thought she was perfect for the part. Then she immersed herself in the character, reading lots of books that Antonia loved.

Despite this not being a big-budget film, the time period is very meticulously reconstructed, especially the interiors. How did you manage that?
I always asked myself: what did Antonia’s real apartment look like? I wanted to depict it as close as possible to the original. Knowing Milan very well I was able to find something similar and put borrowed furniture in it that worked just right.

The costumes instead were custom-made by Fendi, if I’m not mistaken.
Antonia’s costumes in particular were conceived with costume designer Ursula Patzak who created the sketches that we took to Fendi. Fendi started out in the 1930s, so they have strong ties to that period. Their fabrics and their expertise are an enormous plus for my film.

The visuals are also a strong point, which is not surprising given that it’s shot by Sayombu Mukdeeprom, who is Thai auteur Apichatpong Weerasethakul’s regular collaborator. Not an obvious choice, though.
It’s very simple. I’m a cinephile. Luca asked me: if you could have any d.o.p. who would you want? It’s his first film shot out of Thailand.