‘Birdman’ Wins Best Cast in a Movie at SAG Awards 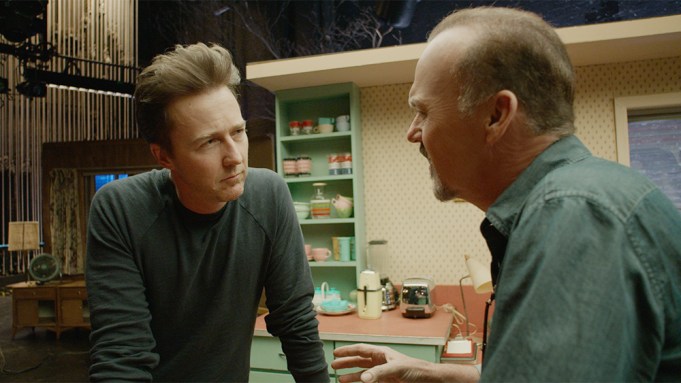 The story of actors putting on a Broadway play won the ensemble award over “Boyhood,” “The Grand Budapest Hotel,” “The Imitation Game” and “The Theory of Everything.”

It was a big weekend for “Birdman,” which moved into front-runner status with its SAG win, combined with the Darryl F. Zanuck award for best picture from the Producers Guild of America on Saturday night.

The winner of the SAG ensemble trophy has matched the Oscar best picture winner just nine times in 19 years, and last year “American Hustle” won the SAG cast award and was shut out at the Oscars. “Argo” won both awards two years ago.

“Actors understand better than anyone how connected you are with one another,” Watts said backstage.

Julianne Moore won the best actress in a film award for “Still Alice,” playing a professor suffering from early-onset Alzheimer’s while Eddie Redmayne won best actor in a film for “The Theory of Everything,”portraying theoretical physicist Stephen Hawking.

“Thank you for allowing someone who gave up science when they were 14 years old to enter your orbit,” Redmayne said. “Thank you for reminding me of the overwhelming power of the will to love and the will to live every second of your life as fully and as passionately as possible.”

Redmayne won over Keaton in “Birdman,” Benedict Cumberbatch as codebreaker Alan Turing in “The Imitation Game,” Steve Carell as  John du Pont in “Foxcatcher” and Jake Gyllenhaal as a videographer in “Nightcrawler.”

Moore won over Jennifer Aniston for “Cake,” Felicity Jones  for “The Theory of Everything,” Rosamund Pike for “Gone Girl” and Reese Witherspoon for “Wild.” She won the Golden Globe two weeks ago and is the favorite for the Oscar.

“It’s hard not to think about when people keep bringing it up,” she said backstage when asked about her front-runner status.

SAG winners have a strong record as an Oscar predictor in the individual acting categories. The last 10 winners of the SAG best actor award have gone on to win the Oscar, including Matthew McConaughey last year for “Dallas Buyers Club.”

The cast of “Downton Abbey” took home the prize for best ensemble in a drama series for the second time in three years. The final season of “Breaking Bad” won last year.

Davis won the best actress SAG Award for “The Help” three years ago, then lost out on the Oscar to Meryl Streep for “The Iron Lady.” She said backstage that the viewing public is hungry for truthful depictions of females.

“We don’t want to keep seeing these fictionalized versions of women,” Davis said.

McDormand portrayed a retired schoolteacher in “Olive Kitteridge.” The award came 18 years after she took the SAG award and the Oscar for her portrayal of pregnant police chief Marge Gunderson in “Fargo.”

In the middle of the show, Debbie Reynolds was honored with a Lifetime Achievement Award, presented by her daughter Carrie Fisher.

“One of my favorite movies was ‘The Unsinkable Molly Brown’ and there’s a song, ‘I Ain’t Down Yet.’ Well, I ain’t,” Reynolds concluded her acceptance speech.

“Each of us is completely crucial to the story,” Simmons said during his speech. “I would like thank the 49 actors who appear in ‘Whiplash.'”

Arquette, whose father was the late actor Lewis Arquette, acknowledged her family.

“I can’t tell you what this means to me,” she said. “I’m a fourth-generation actor. My family have been committed actors for over a century, through feast or famine.”

William H. Macy won best actor in a comedy series for “Shameless,” just after Uzo Aduba won actress in a TV comedy for “Orange is the New Black.”

The stunt performers of “Unbroken” and “Game of Thrones” were the first winners at the SAG Awards, announced Sunday before the official ceremony on the red carpet.

The nominees were selected by panels of 2,100 SAG-AFTRA members. Winners were based on voring by the 111,000 eligible members of the performers union.

Best actor in a film: Eddie Redmayne, “The Theory of Everything”

Best actress in a drama series: Viola Davis, “How to Get Away With Murder”

Best actor in a TV movie or miniseries: Mark Ruffalo, “The Normal Heart”

Best ensemble in a comedy series: “Orange is the New Black”

Best actress in a comedy series: Uzo Aduba, “Orange is the New Black”

Stunt performers in a TV series: “Game of Thrones”

Stunt performers in a film: “Unbroken”