The limited engagement may have been halved but not the number of venues. 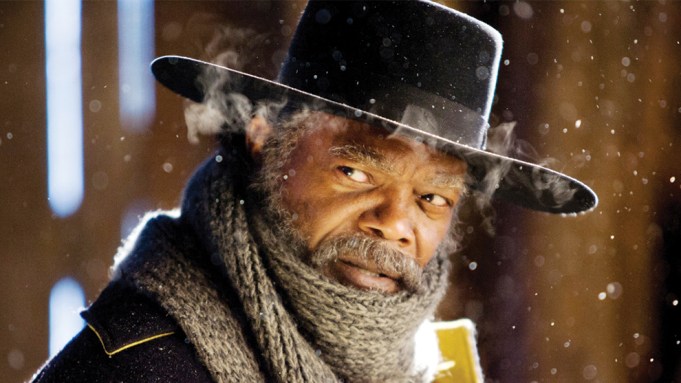 While the limited nature of the 70mm roadshow roll-out of Quentin Tarantino’s “The Hateful Eight” has been cut in half, the engagement will still run for two weeks (overlapping the nationwide digital release on Dec. 31) and will screen in 100 venues in 44 markets, Variety has learned.

Tarantino and cast members will be touring the country making surprise appearances in select cities at 70mm roadshow showings.

This marks the widest 70mm release in 20 years.

Also, starting today, moviegoers can purchase tickets for the 70mm roadshow showings at tickets.thehatefuleight.com. Tarantino and TWC are commemorating the opening with the “12 Days of HATEFUL EIGHT Giveaways”, where each day a different “Hateful Eight prize, piece of memorabilia or once-in-a-lifetime experience will be given away to moviegoers who buy roadshow tickets in advance leading up to the Christmas day opening.