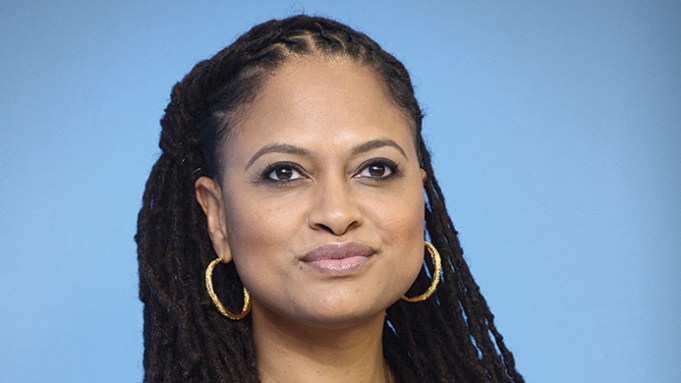 Women in Film has long placed a huge emphasis on its outreach programs, including grants, scholarships, mentoring programs and its Film Finishing Fund, which are all showcased at its annual Crystal + Lucy Awards, whose 2015 theme is Action.

But this year, the organization’s educational and philanthropic efforts on all of these fronts are being super-charged with the addition of two new corporate sponsors, Tiffany & Co. and BMW. They are joining longtime partner Max Mara in contributing to the mission of furthering the creative development of women in the industry and achieving gender equality.

“Women in Film, its partners and allied organizations have brought this conversation to a tipping point — turning the moment into momentum,” says Cathy Schulman, WIF prez. “We not only have to take action, but take sustainable action moving forward. From an organizational sense, we need to root these ideas and activate them to greenlight gender equality.

“This has been a year where individuals and organizations have shown a deep interest in helping us in our mission. There is so much educational and advocacy programming in place that we can respond to fallout points with additional processes and tools.”

For Tiffany, the partnership is a natural progression of its 178-year legacy of fostering originality and artistic vision. It is beginning a three-year commitment by contributing $25,000 to the Women in Film Foundation’s Film Finishing Fund, augmenting the org’s mentorship program and awarding a $25,000 scholarship to a directing fellow at AFI’s Conservatory. The recipient of that scholarship will be introduced at the ceremony. The Tiffany/Bruce Paltrow Mentorship Award will be given to Sue Kroll, Warner Bros. president or worldwide marketing and and international distribution.

“When you think of Tiffany in the movies, it goes back to Audrey Hepburn in ‘Breakfast at Tiffany’s,’ Reese Witherspoon in ‘Sweet Home Alabama’ and most recently with Carey Mulligan in ‘The Great Gatsby,’” says Linda Buckley, VP of PR. “Through participating in all three of the programs, we wanted that opportunity to nurture talent and see their creative visions recognized.”

BMW has signed a three-year partnership, the centerpiece of which will be research and analysis on where women stand in the biz and improving their positions. The Dorothy Arzner Award, going to Ava DuVernay, has been renamed the BMW Dorothy Arzner Award.

“At BMW, we strive to look beyond the traditional sponsorship model toward opportunities where we can lend support to meaningful causes and to impact change,” says Petter Witt, VP of North America’s Western region. “We’re also proud to support women just entering the industry through advocacy programs like the Female Filmmakers Initiative, which offers guidance on various topics including financing and networking. BMW is committed to supporting WIF in its mission to ensure gender parity is reflected on- and offscreen.”

Max Mara, which dresses many of honorees and presenters and sponsors its Face of the Future Award, going to Kate Mara this year, is celebrating its 13th year partnering with WIF.

“It’s a collaboration and true partnership for the brand, which has grown over the years,” says Nicola Maramotti, director of European retail development. “We had a dream, to give women in entertainment the same opportunities as men. With Women in Film, we want to continue to be involved in dedicating our energies to celebrating women in the arts and see them being recognized for their achievements.”