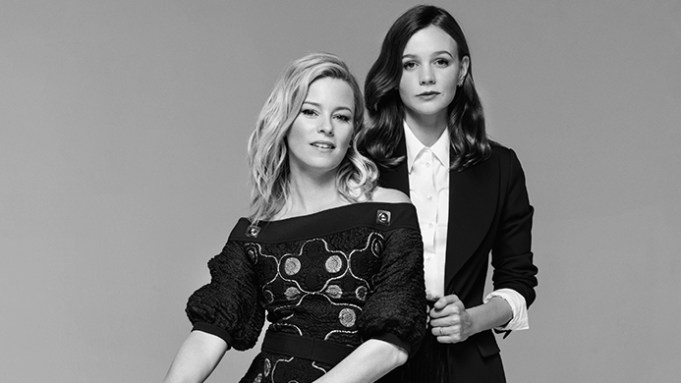 Elizabeth Banks and Carey Mulligan are earning buzz for their portraits of strong women: Banks won some of the best notices of her career playing Melinda Ledbetter, the wife of Beach Boys singer Brian Wilson in “Love & Mercy”; and Mulligan portrays a working-class wife and mother who joins the fight for British women’s right to vote in “Suffragette.”

Banks: I was, like most actors, seduced by really good writing. The script was very ambitious. It had two different time periods and two different actors playing one man who suffers from mental illness. I was so compelled by the storytelling and the writing, and then I met Melinda, and fell in love with her. I felt like we were going to try for something, and even if we failed, it would be a really interesting endeavor to be a part of.

Mulligan: One of my favorite bits about the whole experience was getting to read about these women, and read these prison diaries that they’d kept and letters that they’d written to their loved ones. And so many things felt so modern about the experiences they had. They had one of the first examples of Photoshop. There was this amazing photo of this woman, a suffragette, and she’s kind of wincing, and she’s got a scarf around her neck. And they found the original photograph, and it’s a policeman strangling her. And they covered it with the scarf.