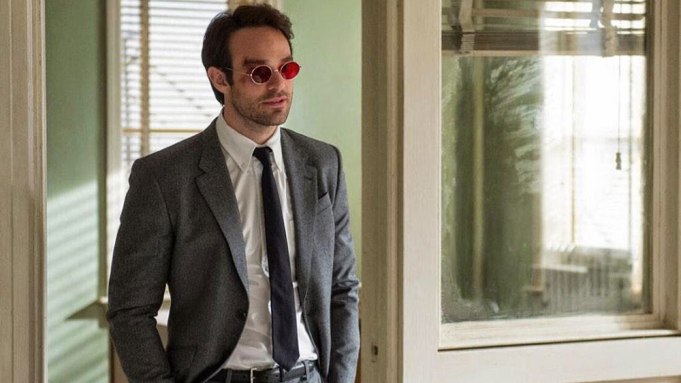 “Daredevil” centers on Matt Murdock (Cox, who appeared in HBO’s “Boardwalk Empire” and Oscar nominee “The Theory of Everything”). Murdock was blinded as a boy but as a result was imbued with extraordinary senses. By day, he is a New York City lawyer fighting injustice — and roams the streets of Hell’s Kitchen by night as superhero Daredevil.

“Good and evil — sometimes the difference between the two is a sharp line,” Murdock says in the trailer. “Sometimes it’s a blur. Sometimes I have to do things outside of the law.”

The 13-episode, one-hour series will debut April 10 at 12:01 a.m. PT in all territories where Netflix is available. “Daredevil” will be available in Ultra HD 4K on compatible TVs, according to Netflix.

“Daredevil” is the best-known of Marvel’s street-level heroes. Netflix, under its deal with Disney, also has three other live-action adventure series in the works: “A.K.A. Jessica Jones,” “Iron Fist” and “Luke Cage.” All four series will lead up to the teaming of the main characters in Marvel’s “The Defenders,” delving into the backstory of how Matt Murdock evolves into Daredevil.

Marvel’s “Daredevil” is executive produced by showrunner Steven S. DeKnight (“Spartacus,” “Buffy: The Vampire Slayer”) and Drew Goddard (“The Cabin in the Woods,” “Lost,” “Buffy: The Vampire Slayer”) along with Jeph Loeb (“Marvel’s Agents of S.H.I.E.L.D.,” “Smallville,” “Heroes”), who is head of Marvel Television. Goddard wrote the first two episodes of the series, produced by Marvel Television in association with ABC Studios for Netflix.