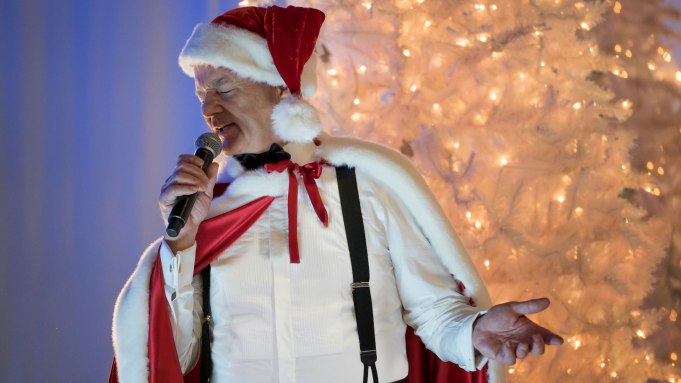 Netflix’s new trailer for “A Very Murray Christmas” is ready to ring in the holiday season with shots of more guest stars and quirky dialogue.

Building on the momentum for the teaser released last month, the trailer sets up the plot for the movie: Bill Murray attempts to host an old-school holiday special, but a snowstorm looks to prevent his friends from arriving in time to join him. Luckily, guests and the staff of New York’s Carlyle hotel are there to help him.

The special is written by Murray, Mitch Glazer and Sofia Coppola, and directed by Coppola. It is executive produced by Coppola, Glazer, Murray, Roman Coppola and Tony Hernandez. The new trailer adds glimpses of stars like Stephen Colbert and Julie White, as well as the previously-seen A-listers like George Clooney, Paul Shaffer, Miley Cyrus, Amy Poehler and, of course, Murray himself.