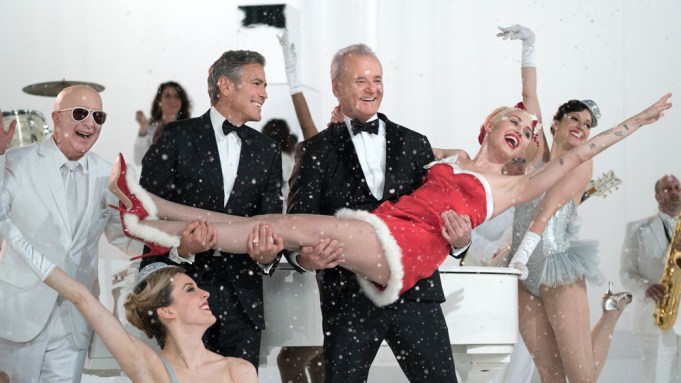 Bill Murray and his celebrity friends, including George Clooney, Miley Cyrus and Amy Poehler, are merry in the first trailer for Murray’s Netflix Christmas special.

“A Very Murray Christmas,” which debuts on Netflix on Dec. 4, pays homage to classic holiday variety shows. Murray plays himself — an actor worried that no one will show up to his TV show due to a snow storm in New York City.

“Tonight will go down as the greatest night in history,” Murray says in the teaser.