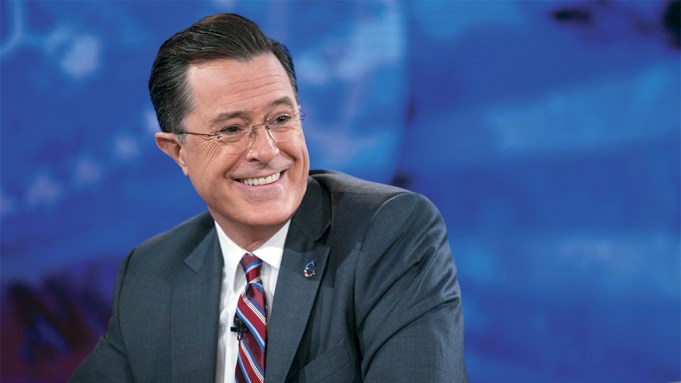 Yesterday’s historic Supreme Court ruling has inspired reactions from the whole spectrum of public figures. Never one to be left out of the conversation, Stephen Colbert weighed in on the decision with a quip-filled clip.

“If you’re a homosexual and living in North Dakota, all your problems are solved,” Colbert says in the video. “Enjoy Dakota pride week.”

Though his reaction is a celebratory one, Colbert doesn’t hesitate to air his grievances with the dissenters.

Colbert takes aim at Chief Justice Roberts’ written dissent of the ruling. “So, gay couples, you can expect this card from him at your wedding: ‘You guys are perfect for each other, and a cancer on our democracy.'”

“The Late Show With Stephen Colbert” bows on CBS September 8.