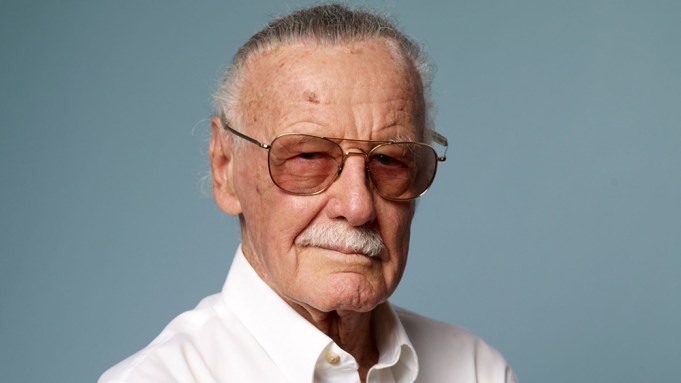 Comics legend Stan Lee has pacted with Google’s YouTube on “World of Superheroes,” an initiative engineered to encourage creators to produce original content for the world’s biggest video destination.

Lee’s Pow! Entertainment has set up “cinematic-quality sets” at YouTube Spaces studios in Los Angeles, New York, London, Tokyo and São Paulo. That will give partners the opportunity to develop original superhero-themed content, with sets including a secret lair with a high-tech command center, science lab and weapons locker, the partners said.

Lee is the former chairman of Marvel Comics, and co-creator of iconic superhero franchises including Spider-Man, Iron Man, the X-Men and the Hulk.

“We’re celebrating the superhero genre, and I’m excited to partner with YouTube Spaces to help develop ideas and create new superheroes along with some of the most brilliant and creative minds in the entertainment industry,” said the 92-year-old Lee, chairman and chief creative officer of Pow! Entertainment.

As part of the program, Pow! Entertainment will offer educational sessions with master stunt coordinators, visual-effects experts and costumers. YouTube and Pow! said 12 channels will be selected for a script consultation with Stan Lee’s development team and an additional six channels will be selected for a one-on-one script consultation with Lee. Select creators also will be invited to present their content at Lee’s 2015 Comikaze Expo in Los Angeles this fall.

“From radioactive spiders to suits made of iron, Stan Lee’s iconic comic book characters have entertained us for generations,” said Christopher D’Angelo, head of YouTube Spaces for the Americas. “It is an honor to have him and Pow! Entertainment work with YouTube Spaces and our creators to inspire the next generation of superhero storytellers.”

Videos from YouTube’s “World of Superheroes” program are slated to launch starting in mid-June. They will be promoted on Stan Lee’s “World of Heroes” YouTube channel and the official YouTube Spaces channel.