Netflix Goes Retro for ‘F Is for Family’ Animated Comedy 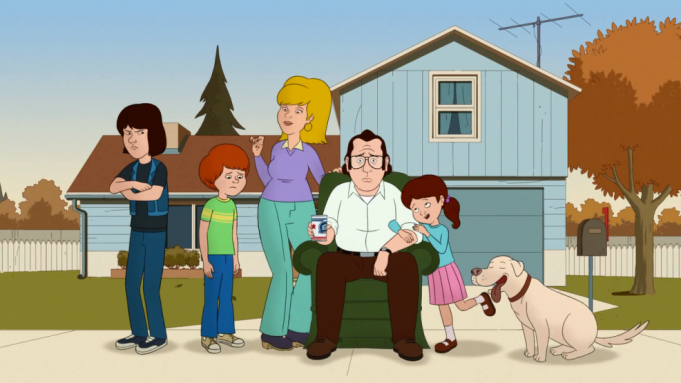 Netflix is going back to the future with animated comedy “F Is For Family,” set to debut on the service Dec. 18, the streamer announced Friday.

“Follow the Murphy family back to the 1970’s, a time when you could smack your kid, smoke inside and bring a gun to the airport,” Netflix says in the description of the show.

The six-episode “F Is for Family” is a half-hour animated series based on the stand-up comedy of Bill Burr, who has an existing relationship with Netflix. The series is produced by Gaumont International Television and Wild West Television.

The series is executive produced by Burr, Vince Vaughn, Peter Billingsley and Price. Michael Lagnese and Victoria Vaughn from Wild West Television are co-executive producers on the series.

Burr, in addition to his stand-up material, has appeared in movies including “Date Night,” “The Heat,” “Stand Up Guys,” “Walk of Shame” and in AMC’s series “Breaking Bad.” He is repped by APA and 3 Arts Entertainment.